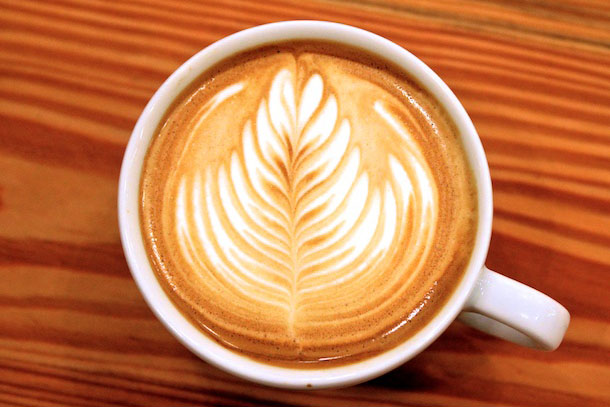 So I’m working on my drawing final project, right? My TA gives us free reign over the project: do whatever you want to, but work on it for at least twenty hours. So I’m not just working on my drawing final project anymore, I’m slaving away on it. I’m dragging my gigantic drawing pad to my dorm lounge, I’m (finally) cleaning the floor of my room so that I can spread out and have some space to work, I’m dragging it to Java House so I can re-caffeinate and work on it for a few more hours. I sit in Java House, so focused on creating the as-straight-as-possible lines that I need to make, almost fourteen hours into this monster of an Andy Warhol portrait. When I hear a voice try and work their way in behind my headphones, I know that I will be irritated. I end up flattered with compliments of how my piece looks so far. But then I hear it coming.

I appreciated the intention of the phrase, I really did. I know what people are trying to say, I get that it’s supposed to be a compliment, and I used to take it that way. But that was before I was assigned twenty-hour long assignments.

“Artsy” insinuates cute and fun and whimsical. It means meaningless, effortless (not in a good way) and not at all complex. No artist wants to go into the opening of their gallery exhibition and hear people say that their work is “artsy.” It’s insulting. It belittles the work that the artist has put into their work. I’ve never met another art major that enjoys the word artsy.

This is not to say that the word doesn’t have its place, because it does. I fully expect photos of latte art on Instagram to be called artsy. Photos of a person standing next to street art are artsy. There are things that are artsy, and that isn’t a bad thing. But when I see people telling someone that their photos of their aesthetically pleasing desk are the true definition of art and others going to the student exhibitions in Art Building West and only giving them “artsy” as feedback, it makes me angry. I know that I’m not the only person who thinks this way; I’ve never met an art major who likes the word.

I’m not saying this is a one-way street. There are plenty of pieces that I’ve seen in art museums as prominent as the Chicago Art Institute (highly recommended) that I’ve looked at for significant amounts of time and thought, “I don’t understand why this is hanging in an exhibit right now.” I obviously don’t rule the world, and I haven’t researched every artist and every piece they’ve ever created, but the issue still stands. Things that are just artsy are credited as artistic and there are true works of art that are underrated and called artsy. (I’m looking at you, people who only go to art museums to take cool selfies and then leave. I see you people everywhere.)

To put this in context, let’s look at a really important artist. Ai Weiwei for example. Weiwei does important political work. He takes risks as a performance artist, has been put under house arrest, and considers the meaning behind what he does. Recently, he is visiting refugee camps in and around Greece and is posting photos and videos on his Instagram account often. Weiwei is a humanitarian and an artist. He is a controversy around the world, especially to the Chinese government. He makes people feel something deeper than, “I like this, everything is good, I have no problem with this.” He bases his art off of something he cares about (politics) and creates something for people to look at and see and analyze and discuss. No one would call Ai Weiwei artsy because of the time and effort and esteem that he’s earned over his life as an artist.

Like I said, “artsy” isn’t something that needs to or should disappear. My entire Instagram profile (shameless plug) is full of “artsy” photos, and I love them. Artsy is what turns most people into artists. Andy Warhol sketched in his spare time before he became a famous pop artist. Those sketches didn’t have meaning but were ultimately what made Warhol into an artist who was pivotal in the evolution of modern art. Pablo Picasso did the same thing decades before Warhol did, and we now learn about him in elementary school. Artsy is important until it isn’t anymore and an artist find what they’re really doing. To me, that’s the difference between “artsy” and “artistic.” For a piece to be artistic the artist has to have found their voice and their purpose and use them to create a greater message. If that’s still being found, it’s an experiment. It’s artsy.

However, this is all an opinion. My two art pre-requisite courses and one Intermedia class don’t give me the license to tell anyone what is and is not art, and maybe that’s part of the issue. The working definition of art is accepted by very few people, including me. Art runs deeper than creativity. Even further in that, I don’t think that art should be defined. Why define something so limitless and flowing and ever-moving? As long as people are constantly flowing and moving with it, the definition doesn’t exactly matter.

One response to “The Looking Glass: What “Artsy” Actually Means”