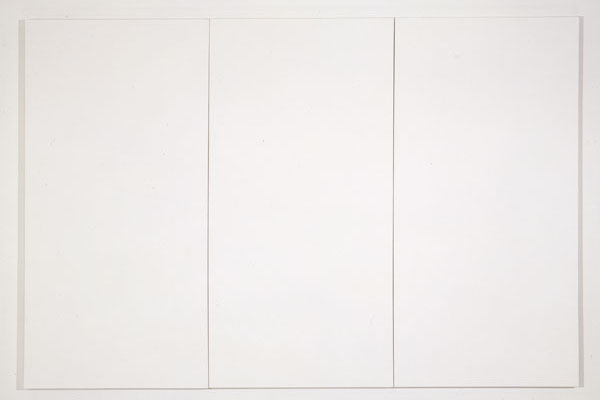 I remember the first critique in my art classes that let me know that my art major was exactly what I wanted to pursue. I was working on a sound project for my midterm project, and I’d never done it before. I don’t think I’d even heard of sound art before. I learned how to use a new sound-editing software and worked for hours in order to make it sound exactly how I thought it should. There were a few problems that I couldn’t work out, as is natural for the first time using a new medium.

I had done a piece on feminism and the anxiety that surrounds the thousands of topics that feminism covers. When I walked into the final critique to see what people said, I was confident that mine would be well accepted. People hated it. No one accepted it in its entirety, there were different ideas about how to change it, and every single person in the room had a different opinion. I was hurt for about thirty seconds until I realized that it was the best experience I’ve ever had in the art program. It changed what I wanted to do and how I want to work. Honestly, now I just want to piss people off sometimes, and let me tell you why.

Sometimes I wish that I could scream it from the highest peak on Earth: “ART ISN’T ABOUT PRETTY THINGS!” In fact, if you look at it the way that I do most of the time, the process of creating is more important than the product. The reaction of the audience is also extremely important, but only if we know how to react. Art is about more than “this looks good” and “I like what you’re doing here.” The most frustrating thing to hear during a critique or a discussion or in any type of conversation is “oh, ok, that’s fine.” If it looks good, or people just like what you’re doing, or if it’s fine, that means it’s forgettable. Plain. Boring. The best way to make people remember what you have created is to make them feel something.

For example, there are paintings like Robert Rauschenberg’s on the left that hold a whole lot of conversation while being completely plain. All that the artist did was paint three canvases white and hang them next to each other. And the work made it into the San Francisco Museum of Modern Art. When I was there, everyone in the room was in front of these three white canvases talking about it. There was a multitude of reactions, from curiosity to frustration to confusion to anger. “Why are there three canvases and not five?” “It represents purity.” “My three-year-old daughter could make that.” Even though I don’t really like that three white canvases got its way onto the walls of a museum when there are artists with different work struggling to get by, it is still the only piece that I remember from that trip, and apparently I saw some of my favorite artists’ work there. The controversy of the art is what got Rauschenberg in an influential museum. Emotions were attached to reactions, so people remembered it.

For an example closer to home, we could look at a statue put up on the Pentacrest only a year and a half ago. Serhat Tanyolacar, then an assistant professor at the University of Iowa, erected a seven-foot tall statue of a Ku Klux Klan member made of newspaper clippings from articles about the KKKs attacks. Reactions were, as I would only assume, very mixed. Some would stand by Tanyolacar because he was being an artist. Some expressed hatred towards Tanyolacar because the racism put forth towards the KKK is a very touchy subject. What I find most interesting is that the artist was offended that he didn’t get a one hundred percent positive response. He was confused as to why everyone didn’t like his work. This is interesting not only because it is a very clearly controversial topic to be touching upon, but also because if you are going to put any of your art out into the world whatsoever, you will never ever ever get a one hundred percent positive response. I am confused by this piece as a whole.

This is exactly what is to be loved most about art. I can still sit here and write forever about a painting or a statue that I resent. I can create some kind of conversation about it and I can critique it, and I can love some parts of it and hate others. There are some pieces that other artists work on for days and months and years that I can look at and feel absolutely nothing about. That’s the art I hate the most.

The concept of a controversy changed the way I want to do things. I went from wanting to take senior photos for the rest of my life to wanting to do everything and see everything and make everything and talk to people about it and create a discussion along with a painting or a silent film or a drawing. Can we please, dear lord, stop playing by rules and being safe. If every artist in the community did things that were only safe and only looked pretty, the medium would be boring. There would be nowhere left to go. I am excited to create a controversy and to find out about other artists’ controversies and to form opinions about those controversies. At least that’s where I am on the spectrum of art at this time. Apparently enough so that I can write an entire column about it.