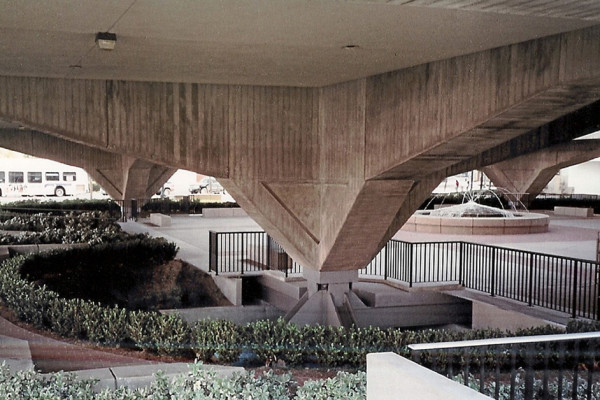 I’ll admit, even though this would only be the third installment of The Looking Glass published so far, I was stuck for the past two weeks. I had the worst writer’s block, and I didn’t know how to get over it. I was talking to my boyfriend about it and he told me that I should write about Radiohead (who has recently deleted their entire online presence and introduced a new single/music video). I responded, “But my column is about art, I don’t think I can.” He countered with, “So music isn’t art?”

I instantly felt ashamed because of course music is art. I can’t believe that my first thought was that it wasn’t. I’ve played the cello for eight years of my life, and I feel nearly the same connection to classical music as I do to art, so why do I not automatically think of it on the same level?

Sometimes I forget that studio art isn’t always the first thing that people think of when they hear the word “art.” There is so much more to the art world than that. Poems, music, paintings, etc. There is so much to be said about those things created out of thin air and a person’s thoughts. But if that’s the case, what isn’t art?

Liberal arts – areas of study (such as history, language, and literature) that are intended to give you general knowledge rather than to develop specific skills needed for a profession.

Studio art – the making of visual art (such as paintings, drawings or sculptures), contrasted to the study of art history.

All of these definitions are so entirely broad. The Liberal Arts College at the University of Iowa is lumped together with sciences, so does that mean that science is art? Math? Engineering? Based on the definition of liberal arts, it looks like it all would, depending on how it’s taught/learned. Fine art could mean anything that is done well that requires skill.

Combine all of these definitions together and you get the definition that makes sense: anything that you can try.

But this is different than I’ve ever thought about it before. I made an entire post (kind of) about this and specified that I don’t like thinking about art as something defined or set in stone. Mostly because I don’t think that something so vast should be defined, but also because if I think about it too much it freaks me out. I always say that I love what I do, my art, my paintings, my drawings, my photos, the thought process behind it all, and everything that goes along with it. What if I could replace the words “paintings”, “drawings,” and “photos,” with any words pertaining to any profession and have it mean the same thing? What if all that we ever do in our lives is art?

No. For some reason, I don’t believe that.

Because, like I’ve said, I have such a hard time believing that everything is art. I think that art is a case by case classification, that we can’t have a checklist of rules that helps us define something so intricate. I think that there’s a thin line, and that line is passion. That is something that I think most people can accept.

Say a civil engineer is trying to design a building that won’t fall during an earthquake. This engineer really cares about this because their hometown was just struck with a series of earthquakes that destroyed almost everything. This person finally achieves what they’ve been working on and decades down the line sees that building finally constructed. That would be their work of art. After putting so much passion into anything, it’s hard not to see it that way.

An anthropology grad student travels to India to do some fieldwork. They could have chosen to study sexuality or gender roles or kinship, it doesn’t matter. After they finally live with the people they’ve read about and have become fascinated with, they put together the notes they took, the interviews they conducted, all of the other research they’ve done and they create their thesis. That would be their art. They put passion, thought, and love into what they did.

A composer writes a symphony about someone or something they love. An artist creates a great way to get over their anxiety. A mathematician discovers some kind of cool math thing that they worked for years to discover. Someday someone could cure cancer. All of these things are works of art. People put their heart into them and they mean something. Someone, somewhere, at some point in time, was passionate about something and made something happen because of it, and that is what I think art should be. Not a series of vaguely defined terms.

Things that we hate, as I’ve already kind of touched upon, are art. Things that we love are art. Things that we ourselves are not passionate about are art, but as long as someone was at some point passionate about them they are. This is something that I am going to struggle with remembering, but if you’re anything like me you will look at this as another beautiful part of this gigantic world of art. There is now just more to marvel at, wonder about, and discuss. I am excited to see things this way.

One response to “The Looking Glass: What Art Entails”