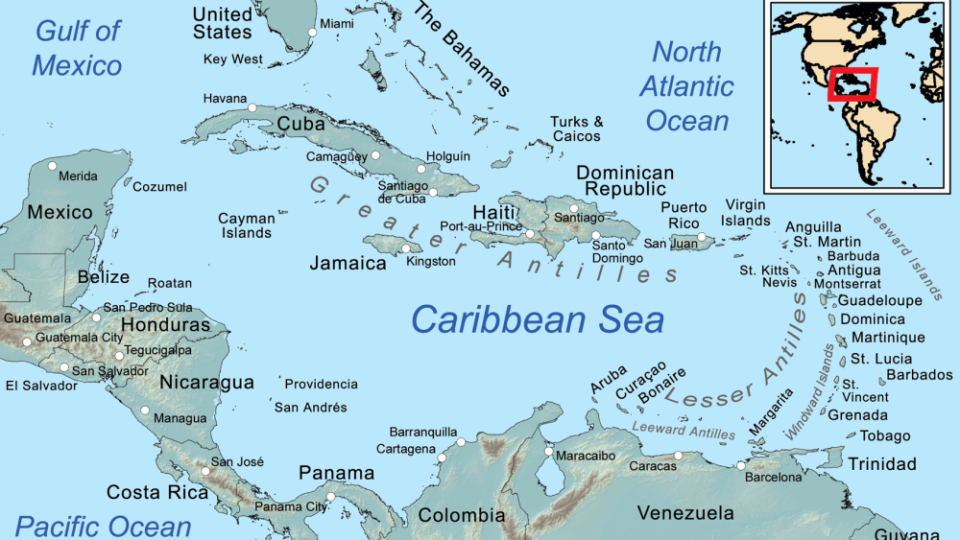 “You look brown and you know Spanish; you must be Mexican.”

This phrase is commonly heard. The majority of people have gotten it in their heads that the only Hispanic group that exists is Mexicans. This couldn’t be farther from the truth, but this article isn’t going to be discussing that.  I interviewed a Mexican-American, a Guatemalan, and a Puerto Rican and I asked them a few questions to get their perspective about their nationality, life, and feelings about their nationality and if given the choice where they would rather live.

Majoring in Mechanical Engineering and Minor in French at Washington University

Hoping to study Interior Design or finish studies as a Nurse

(Interviews were done via text message and Facebook messenger. The opinions expressed are not the opinions of every single Mexican-American, Guatemalan, or Puerto Rican but solely those of the interviewees.)

What nationality do you identify as?

How would you describe your culture?

DCP: I’m not sure there’s one Mexican-American culture. It’s all pretty subjective. I suppose if I had to describe it I would say its heavily influenced on Northern Mexican traditions. Desert culture. An emphasis on family ties. A strong appreciation for Spanish language, indigenous roots, mestizo influence, and modern mixing. I’d say Mexican-American in my family is the integration of Mexican characteristics with principles of typical American culture. Sort of a blend of ideas.

MU: Well, I used to live in Iowa… I’ve been living in Guatemala for about a year… it’s a beautiful color… The culture here is everywhere… If you go to Los Pueblos to the big city life you’ll find culture in every corner… what I like about there then in the USA is the kindness… Over here, everyone says “Hello”, “hi”, and whatever else to every stranger if you’re poor or rich. Todos saludan. (everybody greets each other)… I like the beautiful places that Guatemala has… its so strange but yet so beautiful.

CL: It is an island with a lot of history. Fighting to be citizens, making us part of the U.S. We are people with strong beliefs in who we are and are very opinionated.

Have there ever been moments when you felt like you needed to hide your nationality?

DCP: Yes actually. It’s really difficult because of my appearance, but there have been several occasions where I didn’t tell people of my nationality/heritage because I was afraid 1. I might intimidate them 2. They might be racist. Usually it’s the fear of racism. I’ve never necessarily felt embarrassed of my identity because it’s not something I have control over. If anything I’ve been proud of it because it give me a sense of uniqueness especially in a homogenous environment.

MU: Never had. Never will. I’m pretty proud of where my roots are from!

CL: Being in a place where there are a lot of Hispanics and most being Mexicans there are times where I just don’t say what I am and let them assume. We get a lot of Hispanics that make fun of what we eat, the way we speak, they like to mock us sometimes and instead of going through all of that I just quiet down.

Has it ever mattered to you if people automatically assume that you can speak Spanish?

DCP: Admittedly it doesn’t matter to me because they’re usually right. I’m obviously being profiled but I don’t usually notice because they tend to be right or do so with good intentions. I think it would matter to me if I didn’t or if I actually spoke a different language like Portuguese. My friends who fall into those categories tend to be pretty bothered by the Spanish speaking assumption.

MU: Nah… I think that’s a good thing. Being bilingual.

CL: Not at all. But that’s probably because  I do know Spanish. It could bother people that look the part but don’t speak the part.

Does it bother you if people assume you are Mexican?

MU: Kinda… It’s not that big of a deal. People can be really ignorant!

CL: Yes people do assume we’re Mexican because the color of our skin and hair and because we speak Spanish and it does bother us because they assume Mexicans are the only Hispanic race there is and it’s not. We just seem to be forgotten of our existence sometimes to others.

Do you consider yourself Hispanic or Latino?

DCP: I consider myself Hispanic & Latino. They both matter to me a lot because they are incredibly different characteristics.

MU: I don’t believe there’s a difference between either of them. I believe they are the same thing.

CL: I consider myself more Hispanic because I’m just the type that speaks and looks the part.

Do you see a difference between how your family celebrates holidays in the United States vs how they celebrate in their home country?

DCP: Yes. For sure. For starters. Holidays aren’t as commercialized in Mexico and even fewer are celebrated. The whole notion of Thanksgiving is non-existent as are holidays like Cinco de Mayo. I do think Christmas is celebrated similarly however because of the emphasis on familial relationships and I think the strong presence of Catholicism makes Easter an even bigger deal than it is here.

MU: Yes, BIG difference. Over here at midnight, [for Christmas] they throw fireworks just if it was the 4th of July. People are outside of their homes watching fireworks and they go hug you and wish you a  Merry Christmas. They give you atole or tamales if you are outside for free even if they don’t know you then after the fireworks everyone of your family sits on the table and eat and open presents.

CL: We do stay up late for Christmas, New Years. We stay up until midnight and greet each other with hugs and kisses when the time comes but the food we eat is definitely different. We don’t celebrate La Virgens birthday. I don’t think we believe in that.

What assumption about your culture bothers you the most?

DCP: I think the assumption that bothers me the most about Mexican culture is that everyone is undocumented. 1. because being undocumented is looked down upon by general society and I don’t think that’s fair. 2. because only a fraction of immigrants (of any kind) are undocumented. 3. because people don’t fully understand why people enter this country without proper documentation.

MU: The idea that Guatemalans are all like Indios or muerto de hambres.

How has racism impacted your life?

DCP: I suppose the fear of racism is a driving force for my approach to things. I know people are capable of hating me solely because of my nationality and because of that I am cautious and generally distrustful of the world around me.

MU: I think racism impacts every race but it hits the Hispanics or Latino race a lot. But if hasn’t impacted my life due to the fact that we don’t give up y no nos dejamos.

CL: Racism has opened my eyes to how many problems there are in this world even today just because of it when really we are all the same flesh and blood. We just have different backgrounds but doesn’t everybody? It’s taught me to not judge others by the cover of the book and to treat others the way I would want to get treated. It infuriates me when I see racism going on in our world but just one person like me can’t make much of a difference if racism has been going on since before we were alive.

DCP: I mean, it’s subjective and in my opinion I’d much rather live in the United States. The education system I’m offered here is at a higher level than the kind I could reach in Mexico and my goals for the future align more with opportunities offered here in the US. I’m Mexican-American but the US is my country.

MU: I believe even though I love Guatemala I would have to say USA because there’s more opportunities and you have a higher probability of becoming someone but only for a certain time because I’d come back and I would like to die in my land, Guatemala.

CL: My heart chooses Puerto Rico. My mind chooses the United States. Why? Because there are more opportunities here in the U.S. then there is somewhere else. People fight to be here for a reason, we deserve that chance too.

Is there anything that you would like people to understand about your culture?

DCP: Yes. I suppose I’d love for people to know that my culture isn’t necessarily unique or foreign, its just a little different from the person next to me. Its something I’m proud of and would love for other people to experience with an open mind.

MU: I should say the kindness of people here. The people that even though have less money are the ones who gladly give a helping hand.

CL: That it is not all bananas and a vacation there. There’s strong hardworking people that want to have a chance that the U.S. Americans have. A chance that we all deserve not just U.S. Puerto Ricans or illegal Hondurans. When they enter where we live they don’t have to fight to go to into our pais, they don’t have to a Puerto Rico test or an Honduras test to live where they live, to vacation where we live, to work where we live, so then why should we? We are people just as much as they are and we all deserve respect and opportunities that they have too.

Thank you to the interviewees.

While they’re are many people out there of different cultures within the Hispanic/Latino world, these three were able to give a small glimpse into the lives of different cultures. Each culture has its own ways of celebrating different things. Every culture has a different way of doing similar things. For example, without fail you can expect a Quinceañera done by almost any Hispanic or Latino culture.

Understanding different cultures will help all of us in the long run. It will allow us to be more open-minded and allow us to stretch our horizons past our comfort zone and see that Hispanics and Latinos are people just like everyone else.

This is the third article of the column titled “Living in White America.” Every month there will be a new article discussing how one immigrant group, Hispanics/Latinos, live in America. This column will have articles dealing with anything and everything that concerns Hispanics/Latinos, this could include political and social talks. Some articles may discuss a culture of a different Hispanic group and interviews with a variety of Hispanics /Latinos will be added as well as interviews with non-Hispanics asking for their opinion. Discrimination against Hispanics and Latinos has gone on long enough and now it’s time people get a look into a world they dislike so much.