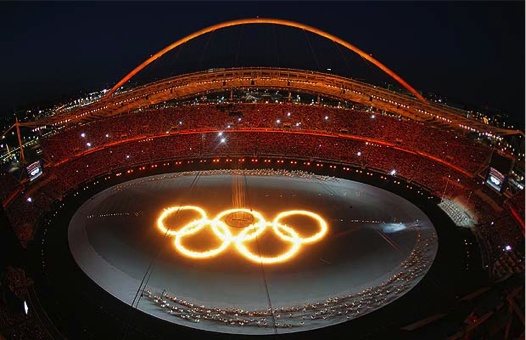 As the old saying goes, there are two certainties on this Earth:

Today is April 15th, and that means your individual tax forms are due today. The Internal Revenue Service this year, however, is giving you until April 18th to file your taxes. This is due to the fact that Emancipation Day is being celebrated in our nation’s capitol. If you are one of the lucky ones from either Massachusetts or Maine, you get until April 19th.

Despite the second and third weeks of April being everyone’s kryptonite, the world of sports had events that helped alleviate the pain.

In 1896, the first modern Olympic Games came to a close in Athens, Greece. 60,000 spectators attended the opening ceremonies. 16 nations participated in the games.

In 1911, Washington Senators’ starter Walter Johnson struck out four batters in the fifth inning of their game. The only way that oddity can happen is when there is a drop third strike and the runner advances to first on the passed ball or wild pitch. The strikeout is recorded in favor of the pitcher but since the runner advanced to first base, the out is not recorded. 76 pitchers that have achieved this feat in baseball history.

Fast forward 16 years to 1927. On April 15 of that year, Babe Ruth hit his first homerun of the season. The Sultan of Swat hit a career-high 60 homeruns come season’s end.

Perhaps the most iconic moment in American sport history happened on this day in 1947. Jackie Robinson made his debut on the diamond for the Brooklyn Dodgers. Robinson was the first African American to play in Major League Baseball.

Monday, April 15, 2013 was Patriots’ Day in Boston, and the running of the 117th Boston Marathon. Instead of fondly remembering the holiday, instead people remember the selfish acts of two men. Brothers Tamerlan and Dzhokhar Tsarnaev placed two pressure-cooker bombs near the race’s finish line. Three spectators died and over 260 were injured in the bombings that shook Boston to its core.

Events, specifically the ones that unfolded in Boston in 2013, are always in the back of our minds. You knew where exactly where you were when you heard the news.

So, when you see your spouse, child, or other immediate family, give them a hug and tell them how much you love them. For some, the second they walk out of the door they may not walk back in the door. Keep that in mind as you sit at the dinner table tonight.