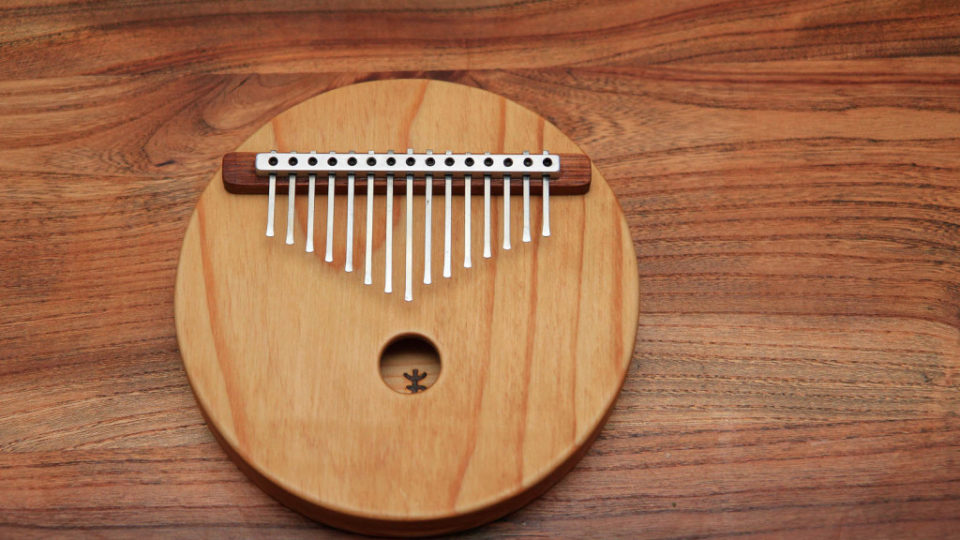 The thumb piano, also known as a Mbira or Kalimba, is an African lamellaphone. What’s a lamellaphone, you ask? Well, a lamellaphone is a part of the idiophone family, but applies specifically to when sound is created by plucking a series of thin metal strips attached at one end.

There are over a dozen variations of the Mbira known throughout Africa (including sansu, okeme, ubo, and karimba) but it is simpler to refer to the family of instruments as thumb pianos.

Thumb pianos are central to African music; they are often present at social events such as weddings, funerals, and important religious ceremonies. Below is an example of a family ensemble playing traditional Mbira music.

Thumb pianos can be made out of any sort of metal or hard wood keys attached to a resonator. Traditional thumb pianos have iron keys and are attached to a large wooden bowl or gourd. Other possible materials to make keys are bamboo or metal scraps like springs or bicycle spikes. The length of the keys accounts for the pitch of the note, and the size of the resonator creates the volume and resonance of the music. Here are some creative examples of thumb pianos; my personal favorite is the sea turtle! 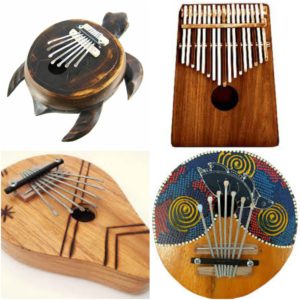 The shift from religious purposes to entertainment purposes occurred in Western countries. Now, thumb pianos are used for non-traditional music. In this example, it is used as the feature instrument in a performance in Munich, Germany.

Almost all of the other instruments I’ve written about have been either large, insanely expensive, or difficult to find. Thumb pianos are the exact opposite! There are many tutorials on Youtube on how to make your own thumb piano. Thumb pianos are usually set to polyphonic scales, but there are many different tuning systems to choose from.

If you’re not the crafty type, they can also be purchased for $10 and up online, depending on the quality and size you’d like.

Another perk to thumb pianos is that they can actually be found in both popular and obscure modern indie music! Earth, Wind, and Fire have a jazzy little tune with the creative title “Kalimba Story” and a couple others on their Spirit album. Thumb piano can be heard clearly in Bjork’s Africa-inspired track “Earth Intruders.” Jens Lemken’s cover of “A Little Lost” uses a combination of beautiful idiophones. It’s actually really easy to find modern, enjoyable music with thumb pianos!