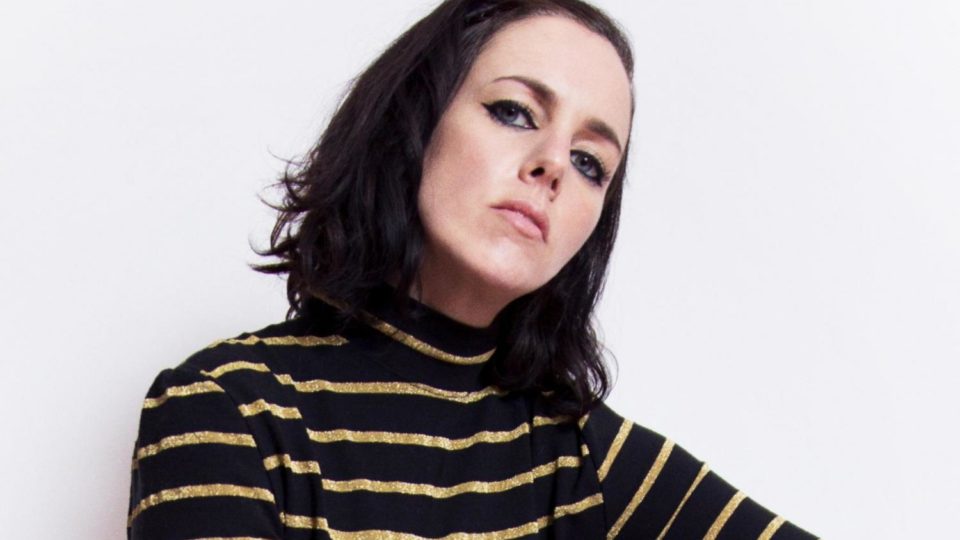 Anna Meredith is a British composer with a history of success in the genre of classical music. At times her music has bordered on the electronic or acoustic, but for the most part it’s consumed by a rather high-brow crowd. Lately, however, her work has been pretty far from the orchestral, and this distancing has finally come to head with her first pop record Varmints (released March 4, 2016). The 38 year-old’s adventure into the world of synth art pop is a memorable, if sometimes strange, romp. Clocking in at about 48 minutes over 11 songs, the artist has managed to rein in the movements and suites into a collection of short and sweet songs that anyone can find something they like in.

The album begins with the big brassy synths of “Nautilus“. Sounding like an opening fanfare, the melody follows a steadying rising line, until some deeper tones add a layer of the ominous. The reverb-laden 80’s style snare that arrives near the end of the song helps it to finish on a high level of energy. “Taken” features the record’s first lyrics, and to something of a surprise, they actually kind of make sense. The simple but catchy distorted guitars give the song a catchy indie pop-rock vibe that is quite enjoyable, and certainly very accessible. “Scrimshaw” fuses the string and synth sounds of the first two tracks, in a mish-mash of contrasting vibes that somehow blend together into a beautiful mess.

“Something Helpful” returns to the land of the vocal, and again the lyrics are fairly simple, aided by a light and bouncing melody. This is cutesy indie pop in the best way, but it has some surprising depth to it once all of the layers are added. “Dowager” brings down the pace a little bit, and the lyrics take the route of the music and become a little more abstract.”The Vapours” is the most decidedly rock n’ roll song on the album, at least in the realm of guitar work. The airy synth pads behind it, along with the driving rhythm sections makes the song nearly impossible to categorize generically, but it works nonetheless.

“Shill” brings the album to its most dissonant points. It is loud, abrasive, bit-crunched, and punishing until the last 30 seconds, which are a surprising epic release. Unfortunately, such a short payoff hardly seems justified by the two minutes leading up to it. The record ends on “Blackfriars“, a decidedly slower and more melancholy song. A ticking clock keeps time over an array of glassy pads that give off a distinctly Sigur Ros-ish vibe.

Overall, Varmints was a thoroughly enjoying album for me. I was captivated by Meredith’s experimentation, but appreciated her restraint in staying within a generally melodious and popish sound. I admit that this record probably isn’t for everyone, especially with some of the instrumental tracks lasting upwards of four minutes,  but if you like a little deviation from the ordinary, I think there is definitely something you’ll like on this album.

Variants is available for download here. Check out a stream of the album below: