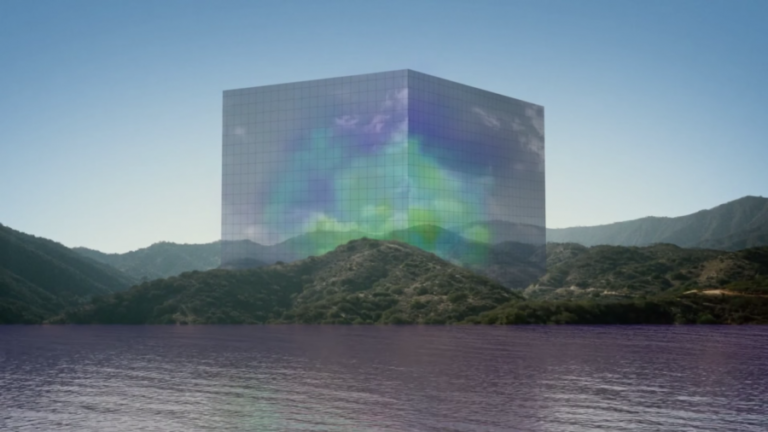 Givers is best described as modern indie island or Afro-pop. The band formed in 2008 in response to displacement from Hurricane Katrina. Members Tiffany Lamson and Taylor Guarisco were forced to leave their freshmen year at the University of New Orleans and return to their hometown of Lafayette, Louisiana. The duo began to jam together and encouraged high school friends Kirby Campbell, Josh LeBlanc, and Will Henderson to join in. When they signed their record deal with Glassnote Records, Henderson was replaced by Nick Stephan. Alas, Givers is born.

The band gelled from the start and found success from their 2010 album In Light. The group has performed at Coachella, Lollapalooza, New Orleans Jazz Fest, and will be at Bonnaroo this year. Their album New Kingdom was released November 13th of this year. Several upcoming shows are listed on their website.

I was initially drawn to the album because of the sweet cover art. The visual art is very compatible with the idea of a “new kingdom” created by the record. If you buy the physical album, the lyric insert includes several more fascinating photos of the band wearing outfits and accessories made of aluminum tarps. Check it out if you can!

1. Intro
The intro is just a quick 60-second instrumental that sets the tone for the record. I could take it or leave it.

2. Bermuda
The complex rhythms, overlapping percussion, and electronic keyboards right at the beginning are a common attribute of Givers’ sound. I really can’t make out the lyrics at all, but it’s a catchy tune nonetheless. This song is far from boring with its many musically interesting components.

3. Remember
So much of this album is just fun to listen to. The album keeps me entertained on long, boring bus rides across campus. The vocals are slightly better enunciated for “Remember,” but the rhythm and overall “feel” is obviously the focus for all of their music.

4. Sure Thang
It’s a “Sure Thang” that this song makes me want to take a vacation to this New Kingdom they speak of. The experimental static noises and rudimentary snare drum contrast nicely with island vibes created by the keyboard and vocal harmonies.

5. Mother Of Love
“Who will guide you baby? You’ll find it’s the Mother of Love.” I’m still trying to figure out what this song means. It sounds so cool that I get distracted from the lyrics to enjoy the overall experience. She repeats many things about reaching out to grasp it, keep asking questions, and other motivational cues. So many of us are searching for love; not just romantic, but through our family, friends, and passions as well. Givers encourages you to keep searching.

6. Growls
“Growls” does not stick out for me on this album. None of the elements are noteworthy in comparison to the rest of the tracks. The best parts are the many transitions from melody to electronic dance grooves, but it gets repetitive.

7. Blinking
Lamson and Guarisco’s vocals are so clear in this track; it’s a noticeable distinction from the mumbles in “Growls” and “Bermuda.” Even though parts of the song are slow and dreamlike, there is an ever-present pulsing in the background to keep the groove going. It’s fun to pay attention to the rise and fall of the backbeat to anticipate the “drop.”

8. Record High, Record Low
This is the first single from the album, and also my favorite track. We previewed “Record High, Record Low” during a Writers’ Room show (every Sunday 12pm-1pm on 89.7FM!) and everyone seemed to enjoy its laid-back, merry quality. Someone mentioned that this song sets the scene for a leisurely bike ride along a California boardwalk. You get extra points if you can make it through the entire audio music video watching the ground shift back and forth.

9. Sleeper Hold
I don’t know what it is about this song, but it just fades into the background for me. The simpler parts are more interesting because it’s uncommon in other tracks, but the songs all kind of start to sound the same to me at this point of the album.

10. Shaky But True
When I first had to clear this album for air using FCC rules, I really thought the f-word was used multiple times. Once I checked the lyric sheet, I realized she’s just singing “If I could look through it” artistically. Could be on purpose, but probably isn’t. Either way, it’s the only thing I can focus on while the song plays.

11. Wishing Well
Bad song to listen to if you have a headache, but great for roller-blading or other 90’s themed cardio activities. All members of the band play percussion at some point, which makes sense because it NEVER ENDS. New Kingdom definitely encourages dancing.

12. Layback
This follows Givers’ template of alternating male/female vocals, rhythmic groove, and electronic keyboards. Just adding whispers and syncopation really helps Layback stand out as a unique component of the album. However, I do find myself adjusting the volume up and down quite a bit; they often start wailing after softer moments and vice versa. Also: WHAT ARE THEY SAYING? I’d be lost without a lyric sheet. It’s so weird how some songs have clear vocals while others are completely muddled.

13. Lightning
Ooh, something different! This song is vastly distinct from the rest of the album. It is much more mellow; almost dark. I’m surprised that the band chose to end on a slow note, but it does act as a cool down from the dance party. If you set a workout to this album, now would be the time to stretch. Overall the band is talented, groovy, and I will probably listen to this album many times.