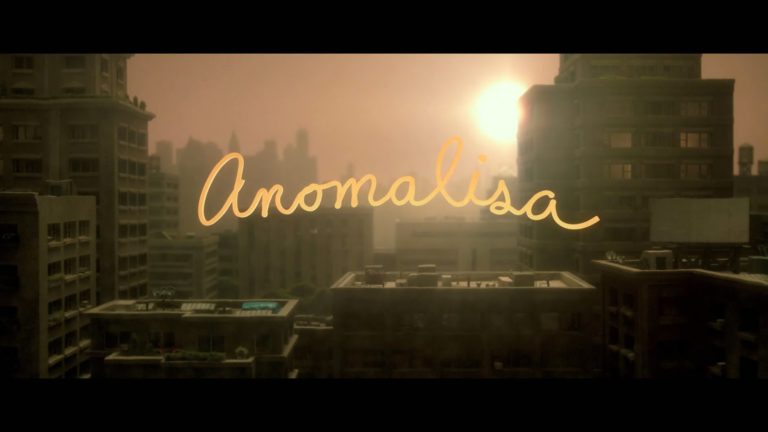 Anomalisa is a rather strange film. The story it tells is strange, it is told through a strange medium, and it has a somewhat strange cinematic style. That being said, Anomalisa is also a deeply intimate and human film. In fact, Esquire has gone so far as to say it’s “the most human movie of the year, and it doesn’t star a single human”.

The story revolves around self-help author Michael Stone, who is incredibly lonely, and to whom everyone’s voice sounds the exact same. While never explicitly stated, this clearly an allusion to the Fregoli delusion, which affects its victims with similar symptoms (Kaufman wrote the original play under the name Francis Fregoli, and the hotel that serves as the setting is called The Fregoli). While he is traveling to Cincinnati on business, he meets Lisa, the one person who has a unique voice. The film tracks their relationship, and Stone’s increasingly loose grip on reality.

One of Anomalisa‘s biggest talking points has been its animation style; the film uses stop-motion to capture photos of 3-D printed models. Click here to see an article explaining the process. Stop-motion is a form of animation that largely fell out of style decades ago, but every so often a director resurrects the form for a major motion picture (like Wes Anderson’s Fantastic Mr. Fox). The 3-D printed models make push the medium to a new level of realism that hasn’t really been seen on a large scale before. However, this newfound realism has the film precariously perched on the sharp descent of the uncanny valley. The film is in an uncomfortable no-man’s-land between overtly stylized and creepily realistic.

Luckily, directors Duke Johnson and Charlie Kaufman are smart filmmakers, and use this facet of the animation to their advantage. There are numerous visual gags throughout the film that call attention to the artificiality of the models. It also stylistically emphasizes the unreal-ness of Stone’s increasingly powerful delusions.

However, the models also serve some more subtle purposes. In particular, they allow for a visually unique take on sex and bodies. By making the bodies un-real, the film is actually able to have a more frank and honest depiction of real human sexuality. Gone are the “perfect” bodies of Hollywood actors/actresses; instead, they are replaced with more “normal” looking bodies, especially for the characters’ ages. Although it is true in most every scene, the sex scenes in particular highlight just how artificial the bodies are. However, this artificiality is so highly contrasted with their intensely human characters and interactions, that it strongly emphasis just how relatable the characters are.

On the subject of “relate-ability” of the characters, there’s a problem that needs to be addressed. With the #OscarsSoWhite discussion brewing up so much controversy, and possibly even resulting in some changes to the Academy’s system, Anomalisa is a particularly un-diverse film. In the whole of the movie, I counted one single person who was not speaking English. This individual walked past Michael in the hallway for a split second, so the audience only viewed them from behind. With the possible exception of this individual, every single other character I remember in the film was white. There were a few women who were prominent characters in the film, but their importance was tied directly to their (usually sexual) relationship to Michael.

Of course, this is totally understandable in a film that closely follows only one character. Of course other characters in the story will only be important due to their relationship to the protagonist. But do we really need another story about the personal issues of old rich white guys?

Now, perhaps the film is also an in-depth look at mental illness, and thus breaks it away from the typical glut of whiteguyprobs movie. I didn’t really get that vibe, but maybe that’s just me. I’ve also heard some say that it is a sort of commentary on male (and white) privilege, which I can maybe begin to see. But again, if we want a film that discusses the effects of white privilege, do we really need to first and foremost focus on the effects of privilege on the privileged? This is definitely an issue that needs further discussion, but it’s a discussion far too large for a small weekly column to tackle. Nonetheless, it’s something important to consider.

Click here to see if Anomalisa is playing in a theater near you. Check out the trailer for the film below: