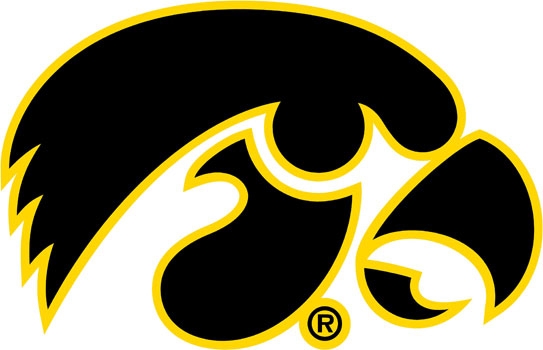 The Hawkeyes continued their tear through the Big Ten with a handy beating of the Minnesota Golden Gophers. The Hawks only dropped two matches to the Gophers, both close decisions. Meanwhile five of Iowa’s eight wins came with bonus points as they went on to win the duel 34-6.

Iowa started off hot as ususal at 125 with Thomas Gilman who pinned Gopher Skyler Petry in ony the first period. Cory Clark also kept the energy up at 133 as he also ended his match by fall over Samuel Brancale in 4:58.

Then at 141 it was Brody Grothus’ turn again to get the start as he took on #7 Thomas Thorn. Grothus gave up points early in the match and fought his back by the third, but the deficit proved too much to be overcome as Grothus lost 6-4.

At 149 one of the premier matchups of the night was Iowa’s #1 Brandon Sorensen vs. Minnesota’s #10 Jake Short. While it was not complete domination, Sorensen’s offense proved to be too much for short and that lead to his victory by decision, 6-2.

Edwin Cooper Jr. then continued Iowa’s dominance with a 4-2 decision over Brandon Kingsley at 157. At 165, Hawkeye Patrick Rhoads pulled off a pretty decisive win over Dylan Urbach, who barely was able to keep Rhoads from a tech. fall in the 3rd period and limiting the score to only a 21-7 victory.

Afterwards, Iowa’s Alex Meyer added yet another major decision to the Hawkeye’s team score in the 174 lb match with a decisive 10-1 win over Nicholas Wanzek.

Sammy Brooks pumped some more excitement back into Carver with a thrilling first period tech. fall win over Christopher Pfarr. Brooks wowed the crowd by throwing Pfarr to his back three different times on his way to a 18-2 victory.

Perhaps the most anticipated match of the night came at 197 between Iowa’s #3 Nathan Burak and Minnesota’s #4 Brett Pfarr. After trading takedowns throughout the three periods the match finally came down to a last second takedown by Burak in the final seconds that was ruled as having come just after regulation time ended. Even after video review, the ruling stood and Pfarr pulled off the upset to win 6-5. Barring any further upsets, Pfarr will now most likely receive the two seed and Burak the three at the Big Ten Tournament.

In an almost equally drummed up match at 285, Minnesota native and current Hawkeye wrestler, #7 Sam Stoll took on an old high school rival from his homestate, #9 Michael Kroells. Stoll’s quick feet and excellent sprawling carried the day, leading him to a 7-3 victory over his old foe.

After Stoll’s decision went in the books, the final score was a lopsided 34-6 win for the Hawks, an impressive answer to the loss that Minnesota delivered to Iowa the last time they were in Iowa City, two years ago. The next action for the Iowa grapplers will be Friday the 5th as Iowa concludes its Big Ten schedule with a duel against Indianna on senior night.