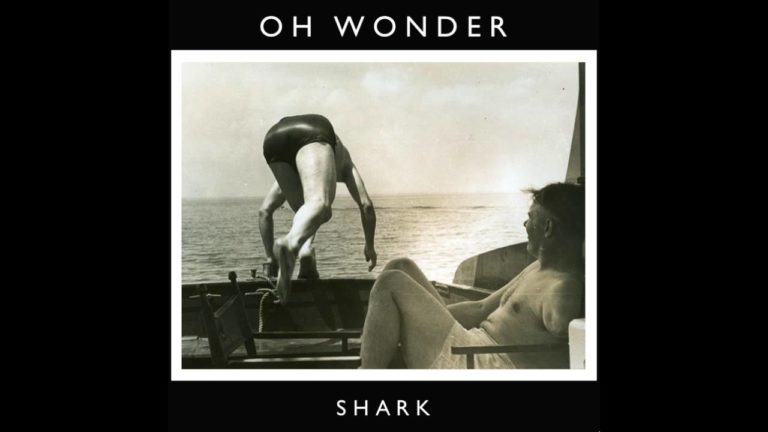 Based in London, England, Oh Wonder‘s Anthony West and Josephine Vander Gucht produce a sound that is both at home and unique in today’s music scene. While the duo’s reliance on synthesizer-heavy melodies and imperfect harmonies don’t scream “new, crazy, and cool,” the way they incorporate different styles of music into their synthpop-alternative base makes for a very distinct sound that definitely stands out from anything I’ve heard lately. Their first album, Oh Wonder is a compilation of singles they’ve recorded over the last year or so, with the final album being released on September 4th, 2015.

By far, my favorite track on the album is “The Rain.” The theme of love and loss contrasts with the laid back R&B music in a way that makes the song versatile and dynamic. “Shark” and “Without You” run along the same lines, but what makes “The Rain” more distinct is the sweetness behind the repeated “I’ve given all my love to you.” “Shark” and “Without You” are a little darker in theme, dealing with the unsure side of love. Will you destroy me or complete me? Can I do this without you here? Will this even work? All fine questions, but none of them hold a candle to the comfort and security of knowing that your love is the answer, not the question.

Most of the tracks seem to deal with the struggles of love. In “Livewire,” the singers grapple with feeling nothing for past loves and needing to be with the one that – to paraphrase – makes them feel like they’re set on fire. “Drive” deals with the stress of loving someone who is destructive to both parties involved. In a slight change of pace, “Lose It” provides commentary on loving someone you can’t seem to hold a connection with. Although you can see them, you can’t quite reach them.

“White Blood,” “Landslide,” “All We Do,” “Heart Hope,” and “Plans” act as elaborations on the above themes, getting deeper into the singers’ feelings and desires. That’s nice, and they’re not bad songs, but there isn’t a ton of contrast on the album. Some of the tracks have clearly varied influences, but the redundancy begins to kill the vibe.

I really didn’t like “Body Gold” or “Dazzle.” Both tracks had very unique sounds and stood out from the rest of the album, but neither one was really my style.

I’ll end on a high(er) note with “Technicolour Beat.” The feel of this track is extremely upbeat, finally celebrating a successful love story. While the ratio of happy endings to bad endings might be realistic, it doesn’t make for a very chipper listen-through.

To listen to the whole album, watch the Youtube playlist below or go to Spotify.

One response to “Album Review: “Oh Wonder” by Oh Wonder”