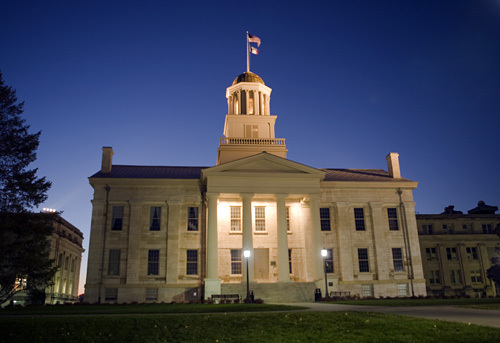 In recent weeks, I have found that perhaps the most interesting people to be observed aren’t those who are approached directly– but rather, those who are unaware of their observation. Listening in to one’s surroundings often yields much more uncensored results.

It sometimes seems as though a guard goes up as soon as someone is approached by a stranger. They aren’t as willing to tell silly stories, make dumb jokes, or talk about what’s really going on with them.

I tend to sit and quietly observe before making an approach, which can lead to some pretty interesting content in itself. At times, the out-of-context, outrageous, and unbelievable from many sides are much more entertaining than a single story.

Just the other day, as I was sitting in the Burge Marketplace, a group of boys sat down at the table next to mine. I didn’t think much of it, but soon they began a loud conversation, and I just happened to listen in.

“Man, high school was sick,” one of them said, “Nice houses, nice booze to steal from your parents, and hot chicks that you already knew.”

Since I didn’t really share the idea that high school was “sick,” or agree with any of their reasoning for it, I decided to listen in a little more, and I suppose it was lucky that I did.

“I feel like everyone just gets hammered and then is like, let’s go lift and sweat this alcohol off.” another of the bros stated. Strangely enough, all of the others agreed with him.

I can’t say I’ve ever experienced this particular scenario, but to each their own.

From here, the conversation only got better and better. They talked about all the places they had puked in and all of the crazy stuff that they had done, and again, about how high school was “sick.”

In a final crescendo of bro-ness, another of the boys exclaimed, “Dude, you traded that shirt for weed?! Bro that’s awesome!”

I have no words for the conversation’s content, but listening in on this encounter made lunchtime a whole lot more entertaining.