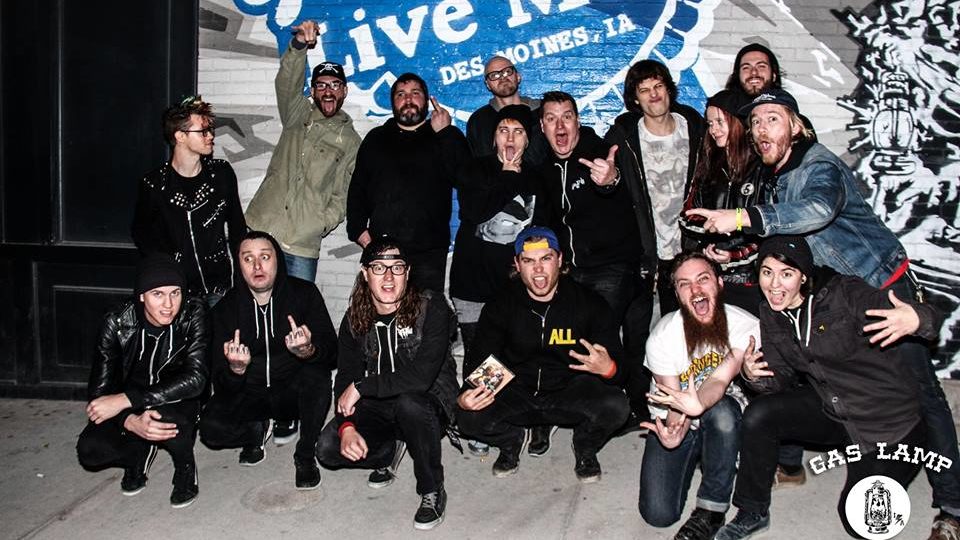 Following the most recent article that detailed the Maiden Mars, Rational Anthem, and Teddy Bomber show, I met with Samuel Michael Louis Meyer at Nodo over sandwiches paired with phenomenal aioli to discuss his ideas about exclusivity and induction into this house show scene. As mentioned in the last article, Sam was the punk that organized that specific house show at Governor’s Mansion, as he does semi-regularly.

When Sam arrived in Iowa City, there was a punk music scene circulating through the house shows. These intimate concerts included more music scenes than the ones closest to his heart, like the EDM and jam bands. This collective house show scene existed but it had room to expand in physical size, frequency, and the diversity of bands and participants.

This launched the following question for Sam: “Is it diverse?”

Looking from the outside in, it may look like not. Without any insight into the lives of those involved with this scene, it might seem like a sea of people in jackets, of the leather or denim fabric, that devote their lives to the underground music scene. However, this community, and those of other music scenes and venues, contain different individuals with separate personalities that also happen to spend an inordinate amount of time in basements.

As Sam details in our interview, the audience varies. Though relatively similar groups are spotted at multiple venues of different music scenes, they still vary. There are those involved in the EDM/Techno/trip-wave scenes, simply outside of the mainstream music. There are English nerds and majors, maybe the two are synonymous. This includes art nerds, townies, students, and other eccentric categories. This spectrum of diversity is a product of Iowa City and it being college town.

However, these characteristics do not label any attendees, just as their attendance at house shows does not either. The persona of a specific music scene might not even carry outside of these intimate houses. There are people in the communities that only emerge for these shows and never return home listening to these bands that they’ve just seen.

How is this diversity cultivated?

It is usually based on the host or organizer. For Sam specifically, it isn’t a conscious effort to include certain groups. He sees it as unnecessary to go out of the way for the attendance of a specific group because the invitation of friends is more authentic.

“It’s a complicated thing. I don’t think about it. I just invited people that I think will like it…people that I know and that I like,” Sam comments.

It is then usually a constant that these attendees will be sociable and amicable people, which is extremely important when in the private space of someone else’s home. However, this implies that induction creates the necessity of already knowing someone in the scene.

Similar to the audience, the hosts vary in personality and style as well. At the same time, this translates onto the venue. Every show and every house is different in atmosphere and this depends on the host’s preferences and their friend base. Though a large majority of the house shows that I attend are for punk music, the crowd is typically different.

This does not change the quality of the experience; it’s simply different.

The following installment of Home is Where the Art is will explore this idea in an example situated in a separate venue than Governor’s Mansion.

Also, Sam hosts his own radio show for KRUI on Sunday nights/Monday mornings at 12 AM until 2 AM. It’s called Codependent Music and he plays punk music, talks about punk music, and usually makes fun of his co-star throughout the entire night.

You want to see more of Home is Where the Art is?! Feel free to go here and check out the most recent article, in case you missed it.

The feature photo is from Sam Meyer’s Facebook and the photographer is Antonio Rodriguez.