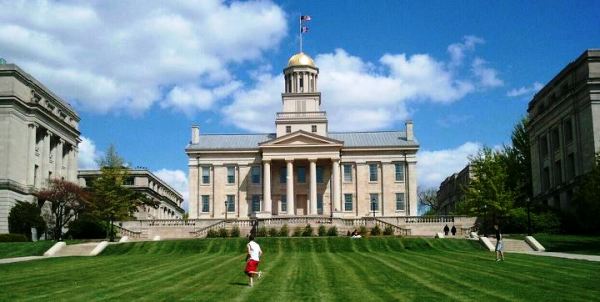 When students get to school, I’m sure most of them thought they wouldn’t have to deal with the clouds of smoke coming from cigarettes. Oh how wrong they were.

In 2008, the University of Iowa banned smoking across campus after Iowa City adopted the Smoke-Free Air Act. Even with this ban in place, people still stand on campus and smoke. After seven years, you’d think people would start to respect the law. Not only is this disrespectful to the university officials and to the city officials, but it’s also very disrespectful to other students.

When I walk to class, I don’t want to walk past people and be forced to endure the smoke and smells from cigarette smoke. I understand that people have an addiction to tobacco, but the least they could do is to not do it on campus. But walking into class smelling like an ashtray when I’m not even the one smoking isn’t appealing to me.

What shocks me the most is that faculty members go on campus and smoke. If we can’t expect the faculty to follow the rules, why would we want to follow them? If my professor doesn’t follow the rules on campus, what is going to persuade me to follow them? People don’t like being the first to do something, but if they see someone else doing it, they are more likely to partake in that activity. If someone wants to smoke and they see faculty doing it, they are more likely to agree that even though there is a ban, it is acceptable.

Please, for all of us students and faculty out there who don’t smoke and who respect the ban, follow the campus policies on smoking.