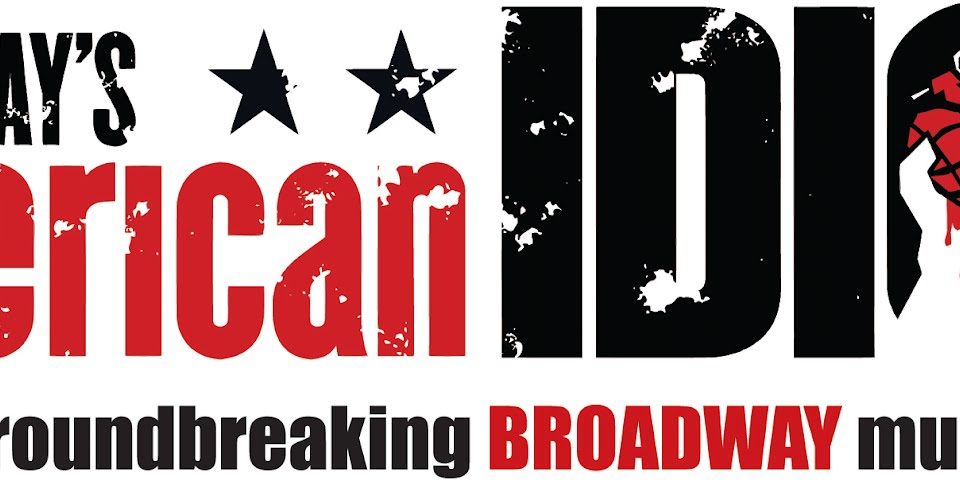 Disclaimer: Review contains content that may be offensive or unsuitable for minors. Proceed at your discretion.

Each main character makes his own personal journey throughout the show. Johnny escapes the suburban hell he’s trapped in and finds love in the form of Whatsername (Niki-Charisse Franco), only to lose everything to drugs. Tunny deserts Johnny to join the military. He is quickly injured and spends his rehabilitation falling in love with his nurse, The Extraordinary Girl (Madeline Asher). Will never escapes. He decides to stay back and care for his pregnant girlfriend, Heather (Maya Bassuk), who eventually leaves him for a cooler, newer man. At the end, the three men are reunited. Tunny with a new girlfriend, and Will and Johnny with new perspectives on life.

As a huge Green Day fan, I enjoyed the musical/rock opera. Do I wish there had been a more concrete plot? Yes. Do I wish there had been more real dialogue? Hell yes. Are either of those things at the fault of the department? Absolutely not. Every person involved in this production – whether they were part of the artistic team, cast, band, performance crew, scenery and props, electrics, costumes, or production staff – did a great job bringing this show to life.

That’s not to say there weren’t a few hiccups here and there. A shaky opening number does not a comfortable audience make. Brewer was able to get his vocal back on track relatively quickly, but an opening like that tends to leave a bad taste in your mouth – er, ears.

I could go on about the instances of pitchy vocals, the technical acting oopsies, and the missing chemistry that made me die a little on the inside, but I won’t. There was so much that impressed me about this performance that I don’t want to waste time nitpicking.

I happened to be sitting next to what I can only describe as a, “mini-stage.” Basically, it was a decently-sized piece of stage set up right at the end of the first five rows. Throughout the show, many performers hopped on and entertained from the unique space. The character frequenting the mini-stage the most was Tunny.

Major props to Sage Spiker for playing guitar and singing six feet away from me. I was staring at him and scribbling furiously in my notebook.

While I’m administering props, I’d like to acknowledge the following:

Back to Tunny. I think one of my favorite parts of the show was being so close to Spiker while he played the guitar and sang. He was so connected to his character the whole time, and getting to watch and hear him so closely was truly a pleasure.

Franco also provided a spectacular performance of her character. Because I did a ton of research on the show beforehand, Whatsername had become my favorite character. Niki-Charisse Franco, you definitely did her justice. What a gorgeous voice, and what amazing intensity and depth she brought to the role. She was absolutely perfect. Post script props to both Franco and Brewer for their on-stage sex scene. It was a little short lived, but they played it honestly without making it too uncomfortable.

And now for my favorite, St. Jimmy (Christopher Matheson). St. Jimmy is Johnny’s drug-addict/dealer alter ego. He kick starts Johnny’s descent into addiction, and ultimately stands in the way of Johnny’s happiness with Whatsername. St. Jimmy becomes so central to Johnny’s life that, after a while, Johnny is never seen without St. Jimmy close behind.

Matheson brought so much flair to the role that I was reminded of Dr. Frankenfurter from Rocky Horror Picture Show. Matheson made the character his own and emitted a kind of sexiness in the unapologetic attitude of the character. “I’m a bitch and I’m fucking up your life, but goddammit I love what I do.” Matheson even carried this attitude through St. Jimmy’s “death” scene.

While I’m on St. Jimmy, let me just say that the giant puppet was amazing. I was in awe. For those who didn’t attend, a large-scale puppet made out of paper mache and fabric and dressed like St. Jimmy was brought out during the number (I believe – the musical numbers tended to run together) “Know Your Enemy.”

As it loomed over Johnny, coming closer and closer, enveloping him in the murky embrace of addiction…There really is no eloquent way to put this. I lost my shit. It was cool. I sat there and had my mind blown because there was giant version of the most rock ‘n’ roll musical villain I’d ever seen taking up half of the stage area. I don’t care if you hate Green Day. I don’t care if you think it’s devil music. The musical is worth seeing just for that puppet, if nothing else.

This production was fantastic. So much talent was showcased, and I’m very excited to see what these actors, artists, technicians, and production staffers do in the future.

For more information on the Theatre Department, tickets, and their upcoming shows and events, visit their website.