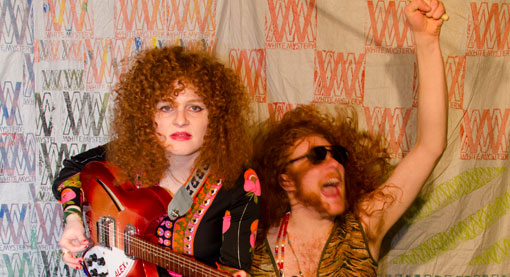 On Thursday night I had the pleasure of seeing Burning Hands, Chris Forsyth and the Solar Motel Band, and White Mystery at The Mill. The show was part of the week-long Mission Creek Festival, and did not fail to live up to the high expectations that the festival has set for itself in recent years. 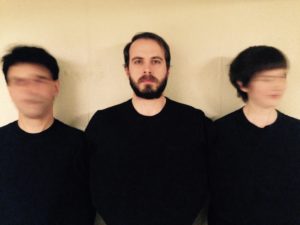 The show began around 10pm with local band Burning Hands. The three piece group, featuring Dustin Kelly, Laura Kelly, and Joe Derderian, slow-burned through a set of rough and droning jams. Heavily effect guitar chords were complemented with slow and steady bass lines, and the harsh psychedelic sounds at times bordered on noise. A few technical difficulties aside, Burning Hands were a great opening act for the rest of the night. 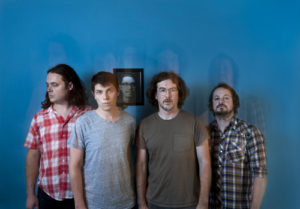 The next group to take the stage was Chris Forsyth and the Solar Motel Band. Hailing from Philadelphia, the quartet’s classic rock sound was not something I was expecting. The band played the type of music that my dad would love, and I mean that in the best way possible. The group blazed through a set of mostly instrumental jams, with just enough of a twang and bend to the sound to give it a southern touch. With a few short vocal samples to tie together the songs, the Solar Motel Band launched into a stream of raw rock n’ roll consciousness, and as far as I’m concerned they blew the doors off the place.

I felt bad for the next act setting up, as I’m sure that was a difficult act to follow. And when I realized that the band only featured a guitarist and a drummer, my hopes weren’t particularly high. Whenever I see a two piece rock group, I can’t help but think that it always comes across as some kind of gimmick. And when lead singer/guitarist Alex White asked for her vocals to be turned up “until the monitors whistle”, I thought I was in for a long night. 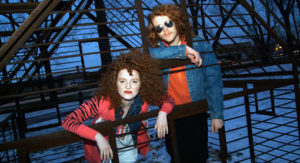 However, the Chicago natives White Mystery totally changed my mind with their frenetic and chaotic style. A blur of head-banging red ‘fros filled the stage, and the energetic punk sound filled The Mill. Their infectious energy affected the crowd, and soon a large group of people were dancing the night away with the sibling of White Mystery. At one point, drummer Francis White brought his crash symbol into the audience, and began to full-body smash it. It was quite the performance, and a great way to end an evening of awesome music.