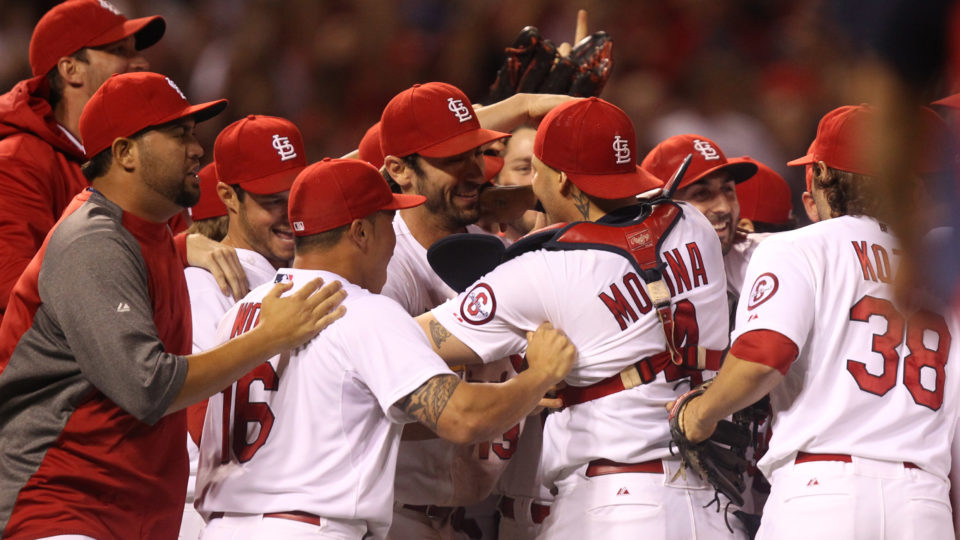 The St. Louis Cardinals seem to be the only team that can beat Clayton Kershaw. The Cardinals made a solid playoff run in 2014 before getting knocked out by the San Francisco Giants. St. Louis always seems to figure a way to make the postseason… seriously, always. It frustrating as a Cubs fan. The Cardinals will be solid in 2015 and will be looking to make World Series run. Lets take a look at the changes heading into 2015.

I’ll start by saying that this article will be short. Sorry Cardinal fans… actually I’m not. The Cardinals have been good for too long. Part of me envies you, but the other part of me knows that you all will never have that special bond that Chicago fans have. It’s not a bond of losing, but rather of hope. St. Louis has a strong pitching rotation heading into 2015. Adam Wainwright finished the 2014 season with a 2.38 ERA through 227 innings. As long as he stays healthy, the Cardinals will have nothing to worry about. The rest of the rotation will be filled out by Lance Lynn, Michael Wacha, John Lackey, and Carlos Martinez. The bullpen will miss Pat Neshek, but they shouldn’t miss a beat. They still have Trevor Rosenthal to close out games, and Walden to set him up. Nothing to worry about here. The offense will have problem producing runs in 2015. The lineup is solid throughout and they will do the small things to win games.

The Cardinals had the unfortunate duty of replacing Oscar Taveras. The young star was tragically killed in a car crash this offseason. We wish his family and friends all the best. He will truly be missed. The Cardinals traded for Jason Heyward this offseason and he will take over in right field. Heyward brings an outstanding defensive presence to the field and has some pop in his bat. If the Cardinals can lock him up to a long-term contract, Heyward will terrorize the NL Central for years to come.

Adams finished the 2014 season with a .288 batting average and 15 home runs. Obviously those are impressive numbers, but he is capable of so much more. He has a quick bat and is slowly discovering his true power. I think he is due to “explode” offensively. If healthy I expect:

Wacha has been one of the best, young, pitchers in the game the past two seasons. He threw in 107 innings and finished with a 3.20 ERA in 2015. He has excellent control of his pitches and his velocity keeps hitters off balance. Wacha has the ability to become the ace of the staff within the next few seasons. He has Adam Wainwright to show him the way and one of the best catchers in the game to throw to. Expect big things from Wacha in the future.

The Cardinals will be dominant again in 2015. They will have some tough competition, but they will find a way to make the postseason as they always do. All we can do is pray the Cardinals have an off year and hope for the best.