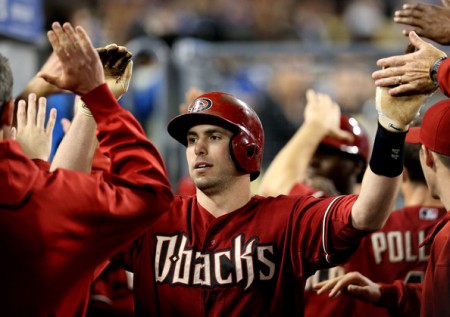 The Arizona Diamondbacks are coming off a 64-98 season. I can say with certainty they will be better. The Dbacks will be thrilled to have their key players back in the lineup and will be looking stay healthy in 2015. Here are some key changes heading into 2015:

Arizona will miss Wade Miley and Miguel Montero. Miley has been one of the club’s better pitchers over the past four seasons. I think Miley is undervalued. People often fail to realize that Miley has been a workhorse his first four seasons. Miley became a full time starter back in 2012. He gave the Dbacks 194.2 innings of work and finished with a 3.33 ERA as a starter. He’s given the club over 200 innings of work in each of the last two seasons. Montero brought solid left-handed bat to the lineup. I’m excited to have him in Chicago.

The Diamondbacks struggled throwing the ball effectively last season. The starting rotation ranked in the bottom five in all of baseball with a 4.26 ERA. The bullpen never quite figured it out in 2014. Addison Reed finished the season with a 4.25 ERA as the team’s closer. He held a record of 1-7 with 6 blown saves. The front office brought in a few new arms to help out in 2015. Jeremy Hellickson looks to be the most promising of the new members. He’s coming off of two disappointing season with the Rays but still has time do correct his issues. Hellickson finished with a 2.95 ERA through 189 innings of work back in 2011. Hellickson is my runner up for game changing player for Arizona in 2015. If he is able to to correct his flaws, he will impact the team in a huge way.

The Diamondbacks will love having Paul Goldschmidt and Mark Trumbo back. Both players missed significant time in 2014 due to injury. Goldschmidt is undoubtedly the core of this team and has the potential to be the NL MVP. The first baseman finished with 36 home runs, 125 RBI’s, a .301 batting average and a .551 slugging percentage in 2013. Trumbo brings a much needed power bat to the lineup. Trumbo finished with over 30 home runs in both 2012 and 2013. The team will rely on these two players for offense.

Goldschmidt and Trumbo might have a little extra help this season from the young slugger Yasmany Tomas. Tomas is a Cuban phenom who is known for his power bat. The Diamondbacks locked Tomas up with a 6 year $68.5 million deal this offseason. He will have the opportunity to play 3rd base this season and will look to aid this ailing offense.

I feel like everyone is talking about Yasmany Tomas so I decided to pick someone different for my breakout player. Pollock showed that he has the capability of being a solid center fielder in 2014. He finished the season with a .302 batting average through 265 at bats. I see a lot of potential in Pollock and truly believe that he can be a difference maker for this club. He should continue to improve with Goldshmidt and Trumbo back in the lineup. If healthy I expect:

Corbin is coming off of Tommy John Surgery and should return sometime in the middle of summer. He has not pitched since 2013 when he finished with a 3.41 ERA through 208.1 innings. Corbin gives the starting rotation a significant boost when healthy. He has the ability to work deep into games and is effective on both righties and lefties. The rotation has the potential to be solid if he returns to form.

The Diamondbacks will need a lot of things to go right if they want a shot at competing in 2015. The starting rotation will struggle with the loss of Miley and will be waiting for the return of Patrick Corbin. The offense will be much better than last year and fans will be wanting to see an immediate contribution from Yasmany Tomas. The NL West will most likely find a way to keep Arizona at the bottom of the standings in 2015.