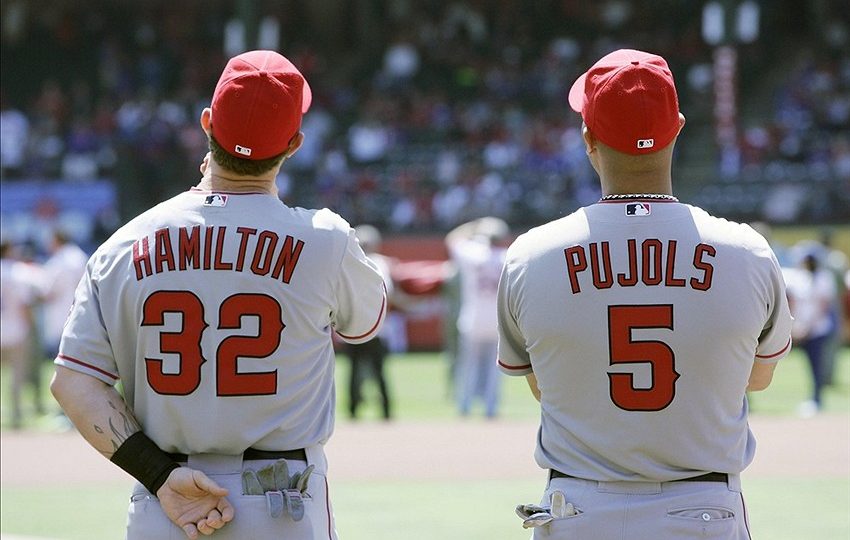 The Los Angeles Angels  finished their 2014 regular season campaign with the highest winning percentage in Major League baseball. Although they found themselves at the top of the AL West and possessed the 2014 AL MVP, the Angels should be entering 2015 with some concern.

It seems that just about every team in the AL West was improved this offseason. The Mariners managed to add the bat of Nelson Cruz, the Astros added the power bat in Evan Gattis and the Rangers are finally healthy. The Athletics lost some big names like Josh Donaldson and Jon Lester but I’ve learned to trust Billy Beane and his plan, as he always seems to find a way to contend. Finally, I look at the Angels.

The Angels are a team with question marks all over the field. We can start by looking at their starting rotation that is rather average. C.J. Wilson finished with a 4.51 ERA over 175.2 innings of work. That is his lowest amount of innings since and highest ERA since 2009. Garrett Richards and Jared Weaver were the bright spots. Weaver finished with a 3.59 ERA and 19 wins. Richards owned a 2.61 ERA before a freak knee injury ended his season. Nobody knows how Richards will be when he returns in 2015. Andrew Heaney was acquired by the Angels earlier this offseason but still doesn’t look ready to be a dominant force in the show. Lets talk about something other than the pitching rotation that should manage to keep them in another post-season hunt.

Next up is David Freese who is entering his final year under contract. Freese has been nothing short of an average third baseman while with the Angels. He finished last year with a .260 batting average and a mere 55 RBI’s.

My two biggest concerns for the Angels are with Mike Trout and Josh Rutledge. Yes, I said Mike Trout. I know Trout hit 36 home runs in 2014 but he also struck out more than anybody in the game, 184 times to be exact. His batting average, on base percentage, walks, and stolen bases all decreased from 2013. Now relax, I’m not saying that Trout is a bad player or that he is hurting the Angels but rather that his outs were less productive last season and his strike out rate was staggering.

The biggest concern is Josh Rutledge who has the unfortunate duty of taking over for Howie Kendrick. Kendrick has been the definition of consistency in Anaheim since 2006. He never finished a season with a batting average less than .279 and was a fan favorite. Kendrick now finds himself in Los Angeles wearing Dodger blue. Those are some big shoes to fill for Rutledge. Rutledge finished 2014 with a .269 batting average. That number might not frighten you until you realize that he was a .215 hitter outside of Coors Field. I don’t see the Rockies anywhere on the Angels’ schedule this season.

Josh Hamilton, who is owed $25.4 million in 2015, injured his shoulder and is expected to be out for at least another eight weeks. Angel fans can only hope that Hamilton can have more production in 2015. Hamilton only played in 89 games last season and hit a mediocre .263 and only managed to hit 10 home runs. That’s not exactly what they were hoping for when they signed him to a five-year $125 million contract before the 2013 season. To put that into perspective, only Clayton Kershaw and Justin Verlander will make more money in 2015.

I’m not saying that the Angels are going to be a bad team in 2015. I think it’s clear that the competition level throughout the AL West will be significantly higher this season and the Angels should be entering these final weeks of the offseason with some concern.