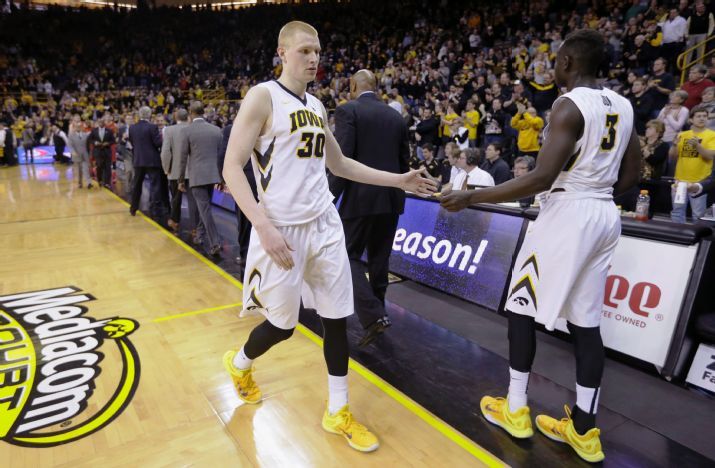 The Iowa Hawkeyes (15-8, 6-4) dominated from the tip-off as they shot 64 percent from the floor. The Hawkeyes scored 20 points off of 19 Maryland turnovers.

“[Maryland] never really got comfortable,” Iowa head coach Fran McCaffery said. “They didn’t get comfortable shooting the three until the second half … it was terrific defense.”

Adam Woodbury provided a offensive spark for the Hawkeyes. The 7 foot 1 inch junior scored 16 points and grabbed five rebounds in the win.

Maryland was led by freshman point guard Melo Trimble’s 20 point effort. Trimble experienced a scary moment early in the first half as he attacked the rim offensively, but ended up in the lap of a cameraman. Trimble was able to walk off under his own power and later returned to the game.

Road games have not been kind to Maryland this season. The Terrapins (19-5, 7-4) are now 3-4 when traveling away from their home floor.

The Hawkeyes are off to a hot start in February following a dismal end to January. Iowa’s two Big Ten Conference wins to start the month have propelled them to 6-4 in the conference tying them with Ohio State and Michigan State.

Iowa will return to action on February 12 against the Minnesota Golden Gophers. The Hawkeyes needed a last second shot from Jarrod Uthoff to get the win last time against Minnesota. Tip-off is scheduled for 6 PM inside Carver Hawkeye Arena.