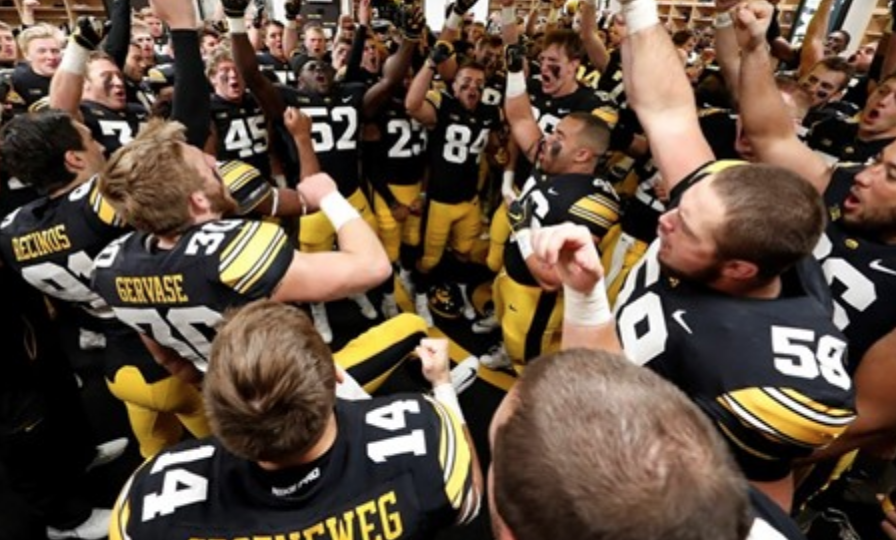 With winds gusting up to 45 miles per hour, moving the ball through the air had to have been difficult, some had thought. While it was not the passing attack that worked for the Hawkeyes this week, it was the defense that came up with the big plays all throughout the course of the game.

The Hawkeyes held Maryland’s offense to 47 passing yards and only 68 rushing yards on Saturday for a grand total of 115 yards. The output was the lowest yard total Maryland has had all season. The next closest was when it had a resounding 220 yards of total offense against Michigan.

The defense pitched its first shutout since 2016 when it blanked Illinois in November of 2016.

“They’ve (defense) have been playing really well overall and pretty consistently,” Head coach Kirk Ferentz said. “But today was a really unique challenge… but preparing well and then you have to play with really good discipline.”

One of the true stars of the defense was defensive end Parker Hesse. Hesse tallied five total tackles, one sack and two total tackles for loss.

“We definitely (wanted) keep the zero up there,” Hesse said. “That’s something that’s kind of a feather in your cap.”

Defensive lineman A.J. Epenesa had a sack of his own, and safety/outside linebacker Amani Hooker picked of an opposing quarterback for the second time this season.

Defensive Lineman Anthony Nelson also recovered a fumble in the endzone for a touchdown.

Offense was a different story for the Hawkeyes.

Quarterback Nate Stanley wasn’t his sharpest. He threw for only 86 yards on 22 attempts. He had a touchdown pass to Brandon Smith and an interception as well.

The rushing attack, though, proved to be the best, and easiest, way to move the pigskin against the Terrapins on Saturday.

Ivory Kelly-Martin led the way with 98 yards on 24 carries. Chipping in was Mekhi Sargent with 54 yards on ten carries and Toren Young with 21 yards of his own.

“When you’re in the Midwest, you’re going to have days like today where it’s windy and tough and all of that,” Ferentz said. “If one thing is not going well, you’ve got to find something else that’s going to kind of propel you forward.”

Iowa will head to State College next week for a top-25 tilt against Penn State. Coverage will start shortly after 2:00 p.m. central time. Listen to all of KRUI’s remote broadcast on the Mixlr page.