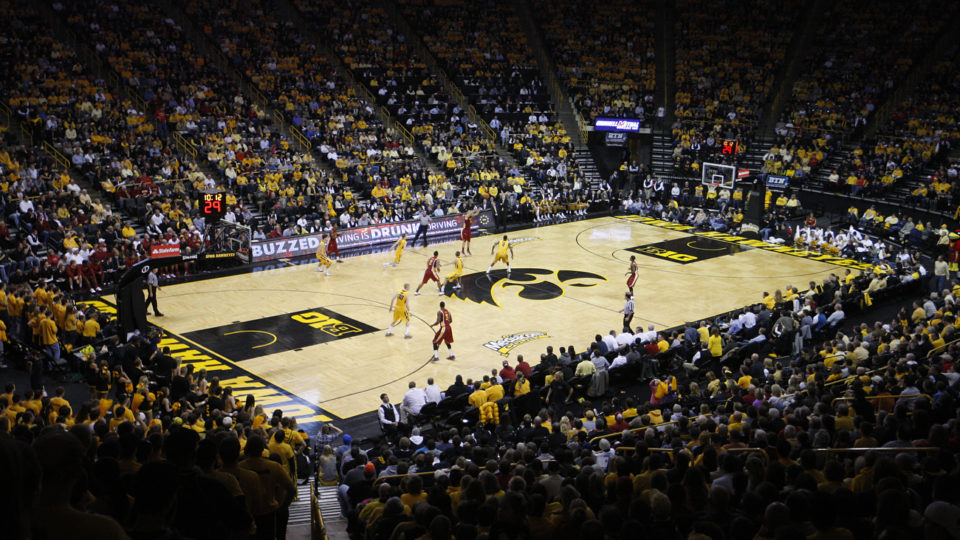 Hawkeyes must look past shooting woes and focus on Big Ten schedule.

IOWA CITY, Iowa – After splitting a pair of games against the Ohio State Buckeyes in the 2013-2014 season, the Iowa Hawkeyes (9-4) will begin Big Ten play against the Buckeyes (11-2) in their final game of the 2014 year on Tuesday.

Iowa travels to Columbus, Ohio with the memories of a non-conference schedule that tested 5th year head coach Fran McCaffery and his players.

Shooting woes have not been a secret for the Hawkeyes who are 13 games into the season. Long, scoreless stretches have impacted the team in losses most notably against Texas, Iowa State and UNI.

“I think in particular with guys that know they’re really good shooters that aren’t making shots, they tend to [hang their head low],” McCaffery said. “All I ask them to do is keep battling defensively, don’t turn it over, and make sure you take good shots. I tell them to keep shooting.”

Aaron White, a senior out of Strongsville, Ohio, has led the way for the Hawkeyes this season. White, who eclipsed the 1,500 career point mark against North Florida, is averaging 15.8 points per game. Although White has only attempted 20 three-point shots of the team’s 253 attempts, he is still finding his way to the basket and is 81-92 (88%) from the free throw line. White only needs 12 made free throws to surpass Roy Marble on list for all-time free throws made at Iowa.

Iowa senior Gabe Olaseni and junior Jarrod Uthoff have also made their presence known. Uthoff has started all 13 games and is averaging 10.6 PPG and has been the three-point shooter for the Hawkeyes. Olaseni has appeared in all 13 games and is without a doubt, the sixth-man for Iowa. Coming off the bench, he averages 8.5 PPG, shooting 58% from the field, 5.6 rebounds per game, and has blocked 32 shots this season.

With the non-conference schedule behind them, the Hawkeyes embark on a Big Ten Conference schedule that has not been friendly to them in recent years. Although Iowa has finished with a 9-9 record the past two seasons, they have not enjoyed a winning Big Ten record since the 2006-2007 season.

Iowa will open Big Ten play on the road for the first time since the 2008-09 season. The Hawkeyes face a tough hurdle out of the gate in No. 20 Ohio State. The Buckeyes are led by freshman guard D’Angelo Russel averaging 17.7 points per game. While the Buckeyes have two losses on their record, one to Louisville and another to North Carolina, they boast one of the nation’s top offenses scoring around 85 points per game.

The Hawkeye shooting woes must be corrected in order to start Big Ten play on a high note. Buckeye opponents have averaged just below 60 points per game this season.

Tip-off for Iowa v. Ohio State is slated for 12:00 PM CT. The Hawkeyes will return to Carver-Hawkeye Arena in 2015 as they face Nebraska and Michigan State on Jan. 5 and 8.