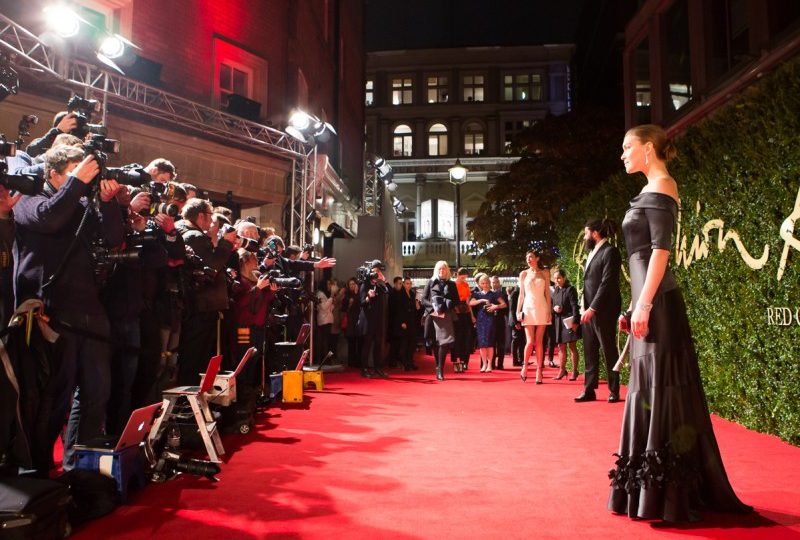 Tonight, December 1, the most well deserved and influential members of the fashion industry are being awarded for their services. Well, they already have been. In partnership with Swarovski, the 2014 British Fashion Awards took place at the London Coliseum at 8PM, GMT (6 hours ahead of CT). While it was not televised here in the states, here are some of the noteworthy award winners.

Chris Moore, legendary fashion photographer whose career spanned more than six decades was honored with the Special Recognition Award. Beginning his career in 1954 as a photographer’s assistant at Vogue’s in-house studio, he worked alongside Cecil Beaton, Henry Clark and many other fashion photographers.

Since then he has shot independently, photographing private haute couture collections for designers like Yves Saint Laurent and Pierre Cardin, as well as live shows and fashion weeks all across the globe.

One of his most noteworthy additions to the fashion industry however, came in 2000, when he launched catwalking.com. The site showcases all of his catwalk photography and has became an invaluable resource for the industry and its journalists.

The Isabella Blow Award for Fashion Creator was given to Edward Enninful for his overwhelming contributions to the global fashion industry. Enninful began his career modeling for Simon Foxton, and assisting i-D fashion director Beth Summers.

Weeks after Enniful’s 18th birthday, Summers left i-D and was replaced by Enniful as fashion director of the publication, making him the youngest ever fashion director for an international publication. Since then he has worked as contributing editor to Italian and American Vogue, and in 2011 he took over as fashion and style-director of W Magazine where he remains today. His revolutionary vision and foreword thinking continues to shift the global fashion industry.

It was just a matter of time before the BFAs were to recognize Anna Wintour, OBE in all the glory she deserves. Tonight was finally that night as she was honored with the Outstanding Achievement Award. The British born, American Vogue editor-in-chief has served the role as “fairy godmother” to the fashion industry for the last quarter century.

Her trademark pageboy bob haircut and sunglasses can be seen front row at every major runway, and is known for having a keen eye for cutting edge fashion. She has also started a program that seeks young talent, giving them opportunities to present their designs to a wider audience.

Famous for her stone cold demeanor—seen through Meryl Streep’s portrayal of a character believed to be based on Wintour, in The Devil Wears Prada—Wintour has undoubtedly been one of the most influential people in the developments of the fashion industry since the late 80s.