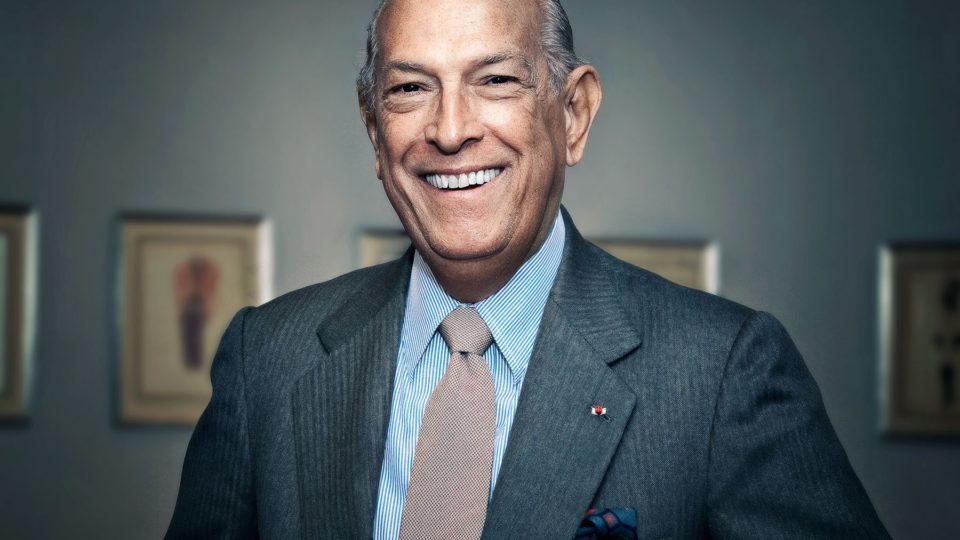 The Dominican Republic-born legend was known for making women feel beautiful in their own skin. His elegant gowns dressed movie stars, rock stars, and first ladies. In addition to outfitting influential women such as Oprah Winfrey and Jacqueline Kennedy, de la Renta is responsible for the iconic Boy Scout uniform.

His influence can be seen throughout the industry, but more importantly on the lives he touched with his art and heartfelt personality.

Oscar de la Renta began his career in the late 1950s in Madrid at the salon of Cristóbal Balenciaga where he drew sketches to send out for clientele approval.

His first ever commissioned dress was for Beatrice Lodge, daughter of then the United States ambassador to Spain. The dress was featured on the cover of Life magazine that same year.

After various stints at Lanvin, Elizabeth Arden, Jane Derby and his own line, de la Renta was named president of the Council of Fashion Designers of America.

In 1989 he married his wife of the last 25 years, Annette Reed. Oscar la Renta’s passions outside of the fashion industry were his extravagant gardens and his meticulous efforts to maintain a beautiful home. He returned to his home in Kent, Connecticut where he and Annette shared these passions during his last days.

Friends, family members, and colleagues paid their respects at a private funeral in Manhattan today. In attendance was Oscar’s long time friend and editor-in-chief of American Vogue, Anna Wintour. Mrs. Wintour read a heartfelt poem by David Harkins entitled “He is Gone.” Her words, “you can open your eyes and see all that he has left” are incredibly fitting remarks about a man so influential in every aspect of his life.

Oscar de la Renta’s legacy will live on through the countless lives he has touched, as well as the fashion empire he has left behind.