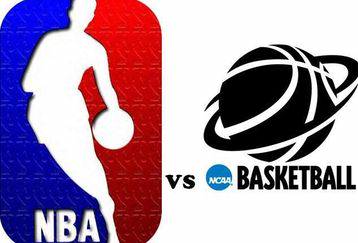 The one-and-done culture of college basketball raises questions about the priorities of college programs.

IOWA CITY, Iowa – University of Iowa president Sally Mason made news earlier this week when she sounded off on her alma mater.

Mason, who graduated from the University of Kentucky, told The Des Moines Register about her concerns.

“I’m not proud of my alma mater, that has a wonderful record of winning basketball championships, with students who stay one year to play basketball and are done — the one-and-done,” Mason said

While John Calipari and the Kentucky Wildcats look to run rampant through the 2014-2015 college basketball season, questions regarding the legitimacy of the one-and-done remain constant.

The current NBA collective bargaining agreement was established in 2005. After expiring in 2011, the CBA was approved in December 2011 without a change to the NBA Draft age limit.

The rules indicate that all drafted players must be 19 years old during the calendar year.

Prior to the age limit, there would be a handful of guys who took the jump immediately from high school to the NBA.

I will admit that it has been exciting to see guys become NBA legends immediately after cutting their high school graduation cake.

With concerns about both the talent and education of players, the NBA and NCAA have started to rethink their strategies.

NBA commissioner Adam Silver has stressed his desire to push the NBA’s age limit from 19 to 20. Silver has met with NCAA president Mark Emmert and NBA owners to discuss ways that ease the transition from college to the NBA.

While some argue that many one-and-done players and high school graduates have succeeded professionally, the NBA should be concerned about the product they are putting on the floor. The speed of the game, shot clock length changes from 35 seconds to 24 seconds, and officiating changes are all major adjustments for rookies in the NBA.

One suggestion, is that players would benefit from the NBA Development League more than a required two-year college career. The NCAA must take their own interests into account as well.

It’s no secret how much money collegiate basketball brings in. The loss of collegiate athletes to NBA D-Leagues would potentially diminish the product in college basketball programs across the nation.

If an age change is in the horizon, the NBA and NCAA must work together. A two-year rule for college players may help provide better on-court experience and in-school education for athletes.

Many wonder how high of a priority education stands throughout collegiate sports programs.

Reports surfaced about the athletes from the University of North Carolina taking bogus classes, resulting in an NCAA investigation.

While it’s tough to judge the intent that athletes have when choosing a college athletics program, a quick eye test can lead you to wonder if college athletics have become a forced step in becoming a professional athlete.

Is this true? Has the landscape of major collegiate sports transformed into an NCAA money pit, with complete disregard to education?

While the NBA mulls raising the age limit, fans and sponsors will continue to pour money into college basketball each year.

It’s time to start answering the questions about the legitimacy of college sports. What makes a one-year college athlete an amateur, when they are attending solely to become a professional athlete?

The interesting part is that pay-for-play has not even been discussed. Will professional leagues be asked to foot some of the bill for these athletes? I don’t see that going over too well.

Sports, both college and professional, need to look at how their up and coming talent makes its way into their respective leagues.

Change is coming to college athletics. It’s time to start caring about all aspects of collegiate sports. From the classroom to the playing field, nothing must be left unnoticed.