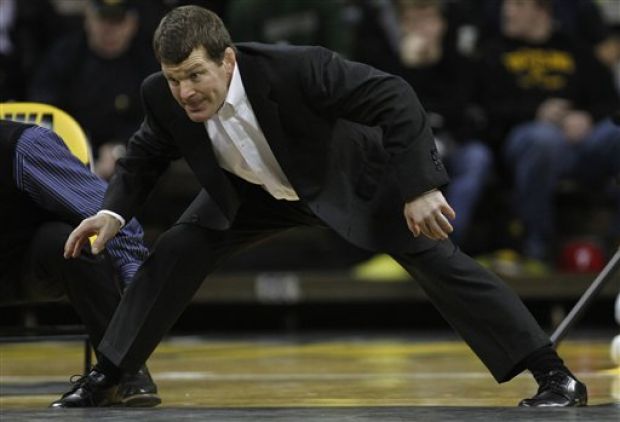 With only a little over a week to go before the start of the Hawkeye wrestling season there is a lot to be excited about. For starters, Iowa is ranked #1 in the NWCA/USA Today coaches poll. A big reason for that ranking is that the Hawkeyes are returning 7 out of 10 NCAA national tournament qualifiers from last season, and four of which are returning place winners.

The wrestling team held its annual media day today, and Head Coach Tom Brands had a lot of to say about training so far and the upcoming season. After finishing fourth last year at the NCAA national tournament Brands has heard a lot people asking what needs to be done in order to get back to the top of the pack. Chief among the things he said the Hawks needed to improve upon was consistency, in the wrestling room and out on the mat. 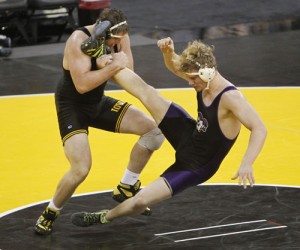 Brands said, “What you’re talking about [is] what needs to be done in the room or does it help to have more to do with the competition arena, both. Both, because one impacts the other, and it’s easier to go forward when you have success when it’s in front of everybody and the lights are on. It’s easy to go forward the next day in that wrestling room, and then when you do it in the wrestling room, it’s easier to duplicate that in your competition”

Another key to talk about is the leadership dynamics of the team. With every passing year students graduate and new leaders have to step up. A lot of new leaders stepping up on the team and they are not all the same in the way they act or lead, but according to Brands, “they still have the same common themes in their head, and that is to produce results on the mat and in the classroom.”

As far as specific individual leaders go Brands answered, “I’d say the natural guy being a heavyweight is Bobby Telford; he’s a two time All American.” Telford, a two-time NCAA placewinner, talked a bit about his own leadership role afterwards in the wrestling room saying, “The kids on our team they are not kids who struggled in high school or who haven’t had success on the big stage. The kids that are in this lineup they know what they are doing. They’ve won big matches. They are big time wrestlers and they are here for a reason.”

Mike Evans, another two-time NCAA placewinning senior, added, “We’ve got a lot of motivated guys that wanted to bring the title home when we were freshman. Now we’re down to our last year to do it… It’s going to take ten guys firing on all cylinders to do it.”

The Hawkeye wrestling season kicksoff Saturday, November 15 when the Hawks travel to Decorah, IA to compete in the Luther Open.