I have attended Bonnaroo and Lollapalooza twice, and Pitchfork once. Each festival has had a different vibe. Here are some other festivals that are happening all over the country this summer. 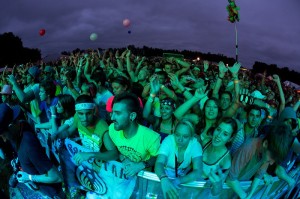 This three-day festival features four music stages. Counterpoint also has an Art Village which features artists from all over the world displaying their work.

This beachfront music festival features six stages and boasts over 70+ bands. A guaranteed beach party, located only a few miles away from the Florida border. This festival does not include camping, though a wristband guarantees admission for all three days.

This Washington festival has not yet released their 2014 line-up yet, but it’s worth noting that last year’s tickets sold out in 90 minutes. It featured Mumford and Sons, The XX, Sigur Ros, Grimes, Tame Impala, and Earl Sweatshirt. If last year’s line-up is any indication of the festival’s standards, this year’s line-up is sure to be impressive once again.

This New York festival is like Lollapalooza and Hangout, no camping available. Each day, the music begins around noon and goes until about midnight. A fun fact is that fest-goers can arrive by ferry!

The 2014 line-up includes: Foo Fighters, Outkast, Local Natives, Portugal The Man, Washed Out, Tune-yards, and Iron and Wine (just to name a few).

This late summer festival is a three-day experience in Golden Gate Park. The 2014 line-up has not been released yet, though in the past few years it has included: Paul McCartney, Nine Inch Nails, Hall and Oates, Dillon Francis, Wavves, Justice, Big Boi, and Explosions in the Sky.

The festival also includes comedy shows, art exhibits, breweries and wineries, as well as an artists and vendors area for unique shopping.

These are only a few of the festivals that will take the place this summer, but this list serves as a guide to finding the right one for you. Whether you like small, relaxed fests or wild paty fests, there is one out there for everyone. I recommend trying out as many as you can. I have never been to a fest where I didn’t leave with memories that brighten my days, even when it is snowy and it seems like summer can’t come soon enough. The summer always does come and when it does, spending my days with thousands of other music lovers is always an amazing way to enjoy it.