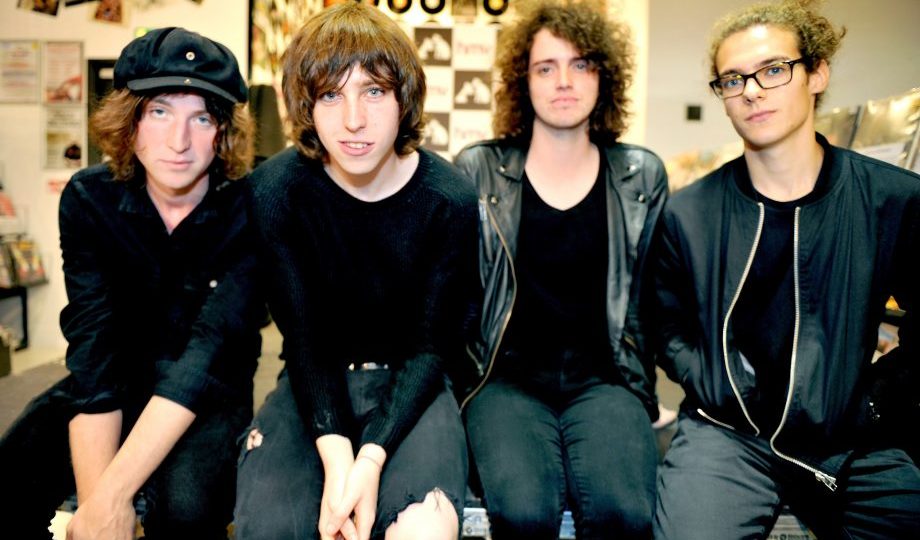 For this week’s column, I interviewed a fellow sophomore named Ali who recommended that I review the album “The Balcony” by Catfish and the Bottlemen. Let’s get the bean rolling!

“I was raised on rock and roll; my dad raised me on classic rock, old school, everything, so I feel like traditional music is what I was always into, but then as I started venturing out on my own, I started getting into alternative music, so I would say that alternative is definitely my #1.”

How long have you been listening to alternative music?

“Probably since eighth grade or my freshman year of high school.”

“People are really surprised when they hear my music, like weird Indie songs that they’ve never heard of, and then they see pictures of me at bass music shows and country concerts and think, ‘What?!’. I really just like music for the meaning that the artist is going for, not just for the sound. I feel like my taste in music is super broad because of that, like I can listen to anything and still get down to it and have a good time.”

“Catfish and the Bottlemen’s first album, The Balcony. I don’t know if you’ve ever heard of them…they’re an alternative rock band from Wales, UK. They’re super cool, they’re great. I’ve seen them six times…in Chicago four times, Milwaukee and in Columbus. Anyway, the album is full of crazy emotions. It’s about heartbreak, love and kind of just growing away from people and growing as a person. It’s full of rock songs that just speak to you. The reason I got so into them is because I saw their show at Lolla in 2015, and the way that they performed just blew me away, so that night, I went home and Googled everything about them, found out they would be in Chicago again a few months later, and bought tickets instantly. That’s how it all began. Their stage presence is unreal. They put on a crazy show. After that, I got super into them and listened to this album from start to finish. It’s like a book or a story. They’re just a really lyrical band and that’s what I like about them.”

I had the pleasure of spending my morning in a Greyhound bus on the way from Iowa City to Minneapolis for the weekend, so I decided to listen to this entire album in one sitting. It was a good way to pass the time, as I could physically not sleep any more. After I finished, I did some research. As Ali mentioned, Catfish and the Bottlemen is a group from the UK who’s been around for over a decade now. Fun fact: when the band first got together, they were known as The Prestige!

The Balcony was released in the UK in mid-2014, right before the band was set to go on tour throughout the area. It was then released in the USA in the beginning of the following year. It consists of 11 tracks, taking up just a little over a half an hour of one’s time. Apart from this one, Catfish and the Bottlemen also have another album, a couple EPs and around a dozen singles. If you’re interested in reading more about them, here is the link to their website.

Like my first album review, I’m just going to choose my favorite and least favorite songs from The Balcony. It doesn’t mean they’re terrible or Ali is terrible or you shouldn’t listen to them, it’s JUST MY OPINION *vine reference*. Anyway. Here they are.

I figured I should start on a low note so I could end on a positive note, so the song I liked the least was “Cocoon”. I don’t want to use the term “dislike”, because I really don’t have a problem with it! There were other tracks on the album that I didn’t feel any type of way about, but this one just kind of made me have mixed emotions. In comparison to the other songs, this one is really weak vocally. I found that the lead singer really rips his vocal chords up in the chorus in most of the other songs, so I was kind of disappointed that he didn’t in this one. Otherwise, it’s a good jam! It just was a let down in comparison to the rest of the album. Listen to it yourself here.

My favorite song on this album is predictable…”Kathleen”. I feel like if you have ever heard of Catfish and the Bottlemen, it’s this song that you’ve listened to. I love Van’s voice in this track. It’s so intense and gravely and ughhhh just so good. The instruments used behind the vocals when the lyrics start remind me of that of “Paris” by Magic Man. If you haven’t listened to that song, definitely give it a go, but that’s another discussion for another review. You will not regret listening to “Kathleen”, believe me!

Overall, this album was a nice one to listen to while driving the most boring drive known to mankind. I sort of wish it was a little longer by a couple of tracks, but beggars can’t be choosers. Since Ali told me that this entire album was a story about a relationship, I could totally tell when listening to the lyrics. Something else that I noticed is that in nearly all of the songs, the sound before and after the chorus is soooo much more relaxed than the chorus itself, like there is a drastic change in the music during the chorus. It almost goes 0-100…the vocals grow more intense, almost yelling, the drums come in all at once, the guitar is nearly overwhelming. The songs almost do a complete 180 when the chorus hits. That made the album overall kind of monotonous…I knew what to expect in every song. I think if I listened to this album shuffled in with the rest of my music, I would definitely be fine, but having eleven of the same kind of songs in a row gets boring.

I am 100% adding the Catfish and the Bottlemen radio station onto my Pandora shuffle! I think that they are a really talented group, I just can be picky. I like change, I don’t like knowing what is going to happen when the next song starts. Maybe that’s just me, I dunno. You’re entitled to your own opinion! It just may not be the correct one. 😉

If you want to listen to the entire album, which I think you should, just to see where I’m coming from, here ya go!