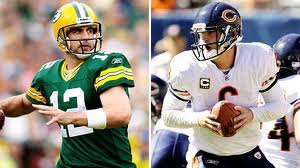 Prior to the kickoff of the 2013-2014 NFL season, the NFC North division appeared to be among the league’s best, with three playoff-caliber teams in Green Bay, Chicago and Detroit.

Fast forward to December, and the division is now considered by many to be the NFL’s weakest, in large part due to the costly injuries of quarterbacks Aaron Rodgers and Jay Cutler, of the Packers and Bears, respectively.

Through Week 13, the Detroit Lions appear to have a stronghold on the division standings, yet Matthew Stafford, Calvin Johnson and company are narrowly above .500, with a rather mediocre record of 7-5.

After Chicago’s equally disappointing and heartbreaking loss in overtime against the lowly Minnesota Vikings, the Bears and Packers are left with plenty of work ahead of them in order to overtake Detroit for the NFC North title.

Although both teams’ playoff chances continue to weaken, hope remains for Bears and Packers faithful, as each team expects their star quarterback to return to the lineup in the near future.

With four weeks remaining in the NFL season, the division remains up for grabs for now, but Lions fans are anxiously chomping at the bit, hoping to secure their first division championship since 1993.