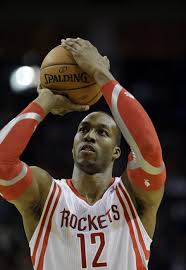 Dribble, dribble, spin, catch, bend, extend, release. After that, it’s up to the rim, backboard, net, and basketball.

Some people have rituals, some have routines, some just shoot. The only constant is that everyone is 15 feet away from the hoop, behind a line, wide open, with a ball and a goal-1 point.

When the game of basketball was created by James Naismith in 1891, free throws were nowhere to be found on the original 13 rules of the game. It took 5 years for free throws to implemented into the game and another year to move them from 20 feet to 15 feet. For 29 years after that though, the fouling team could elect who they wanted to shoot the free throw. That rule changed in 1924, when whatever player who was fouled was required to shoot their own free throw(s). From 1939-1952 teams could actually elect to inbound the ball at half court as opposed to shooting. Also, it wasn’t until 1990 that the NCAA allowed 3 free throws for players who were fouled on 3-point shots.

The idea of a free throw was (and still is to some extent) criticized to this day. The main argument is “Why should one shot, with no defense on it, be allowed to alter or in some cases win a basketball game for a team?” Naismith’s theory, which is still supported today, revolves around the thought that the game wasn’t won by free throws, but lost by fouls. Obviously he had the right idea. But are free throws really all that “free?”

Dirk Nowitzki is a career 87%  free throw shooter. Dwight Howard is a 58% free throw shooter. Both are approximately 7 feet tall. What’s the difference? Now, arguably Dirk is the best 7 foot jump shooter of all time, but how is he almost 30% better at shooting free throws than Dwight? Is is all in the shooting form? Is it all concentration? Is it how Dwight holds the ball? Is it work ethic? The answer to all of those questions is yes…and no.

During Shaquille O’Neal’s prime, he was regarded as one of if not the most dominant centers in the league. His career free throw percentage-53%. The term “Hack-a-Shaq” was coined after a number of teams developed a strategy around fouling O’Neal so he was have to go to the line, (most likely) miss his free throws, and give the ball back to the other team. The strategy worked, and it still works today. The Houston Rockets lost to the Los Angeles Lakers last Thursday (Nov. 7th) by 1 point. The Lakers implemented “Hack-a-Dwight” in the final minutes of the game and ended up with winning results.

So what’s so hard about making a free throw? Professional basketball players, who have been playing their entire lives struggle with it, while Ted St. Martin made 5,221 in a row during a 7 hour period. Who is Ted St. Martin? He’s a retired dairy farmer, and also the Guinness World Record holder for most free throws ever made consecutively (among other shooting records). He has never played basketball past the high school level. So what is it about the free throw that makes it “free”?

How much would Dwight Howard pay to have half of the ability that Ted St. Martin has regarding shooting free throws? How much money would some players have paid to have a free throw back in a game they lost for their team in the remaining seconds? In the past and in the future, free throws will either make or break a player in games. One thing is for certain though, free throws are anything but “free”.