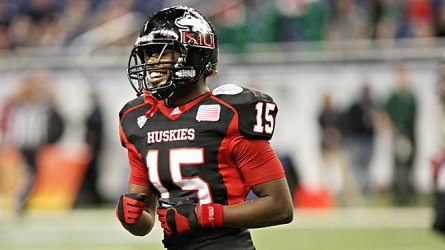 SMU is sitting at 1-4 but do not blame Jeremy Johnson. The 6’0” 175 pound wide receiver is putting together a monstrous senior season for the Mustangs. Johnson has racked up over 100 receiving yards in four of his first five games in 2013. Altogether Johnson has caught 53 balls for 635 yards and four touchdowns. He has done it in the non-conference against the likes of Texas Tech, TCU, Texas A&M, and Rutgers to make things more impressive. Look for Johnson to take off when SMU gets into the teeth of the American Athletic Conference schedule. 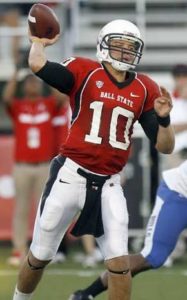 The best pure passer in the MAC is undoubtedly Keith Wenning. Wenning has been the starting quarterback for the ever improving Ball State Cardinals since his true freshman season in Muncie. He has improved each year and is at the top of his game as a senior. Through seven games, Wenning has yet to have a game in which he failed to throw for at least 300 yards. Most importantly, he has been efficient in racking up the second most passing yards in the nation. Wenning is completing over 60% of his passes and has thrown 15 touchdown passes and just five interceptions.

Senior Jimmie Ward has been the heart and soul of the Huskies defense in 2013. After leading the team in tackles last season, he has not skipped a beat this season. Ward not only leads the country in interceptions, but he also leads the Huskies in tackles with 50 total stops. His versatility to make plays both at the line-of-scrimmage and in the defensive backfield make him a pain for opposing offensive coordinators to game plan for. 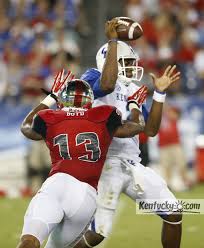 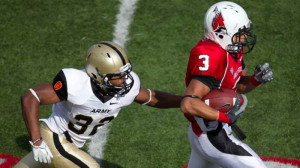 Keith Wenning’s favorite target the past two seasons has been Willie Snead. After reeling in 89 receptions for 1,148 yards in 2012, Snead is on pace for an even better season in 2013. Through seven games, Snead ranks in the top five in the country in receptions (51), receiving yards (867) and receiving touchdowns (7). The junior from Belle Glade, Florida was over-looked by every major program in his home state. Snead has found his way to Muncie where he has received the chance to prove his value.

If you like true duel-threat quarterbacks, a trip to Laramie to see Wyoming’s Brett Smith may be a good investment. Smith has been truly dynamic in 2013. He is averaging 309 yards per game through the air and 70 yards per game on the ground. Smith is completing nearly 65% of his passes while tossing 15 touchdown passes to just four interceptions. He has also tacked on 3 rushing touchdowns. On average, Smith produces 379 yards of offense and 3 touchdowns per game. 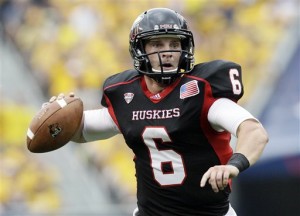 No surprise here. After finishing seventh in the Heisman voting, and leading his team to the Orange Bowl last season, Jordan Lynch has his Huskies sitting at 6-0 here in 2013. Everyone knows how good of a runner Lynch is and he has not disappointed thus far ranking 19th in the country with 616 rushing yards this season. What people don’t give Lynch enough credit for is his efficiency throwing the football. Last season, Lynch totaled 25 touchdown passes to just six interceptions. This season, he has thrown for 13 touchdowns and just four interceptions. Lynch has only failed to throw for 200 yards once this season. When you combine this with the fact that he is averaging over 100 rushing yards-per-game, it creates a matchup nightmare for any defensive coordinator given the task of trying to slow down the Husky Offense. 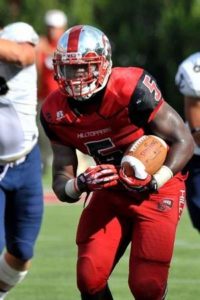 If you don’t know who Antonio Andrews is, you are not alone, but you are missing out. Andrews defines a do everything back. He is a running back, a receiving threat, a punt returner and a kickoff returner for the Hilltoppers.  Andrews is the nation’s leading rusher and the first running back to break the 1,000 yard mark in 2013. He leads the country in all-purpose yards, rushing yards, and rushing touchdowns.  He is also a threat out of the backfield as proven by his 19 receptions for 207 yards. Andrews has had only one game where he failed to rush for 100 yards and that was in the opening game against Kentucky, a game in which he rushed for 99 yards. 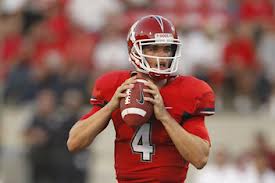 The phrase, “video game numbers,” would go a long way in describing Derek Carr’s senior season thus far. Derek has done more than just follow in his brother David’s footsteps in Fresno. Through just five games, Carr has amassed 1,864 passing yards good for an average of 373 yards per game. In the process, Carr is completing 71 percent of his passes for 19 touchdowns and just four interceptions. The undefeated and 17th ranked Fresno State Bulldogs look to have a legitimate shot at crashing the BCS party this season and Derek Carr is the biggest reason why. Look for Carr to have a lot of interest from the NFL come April if he continues to play at this level.