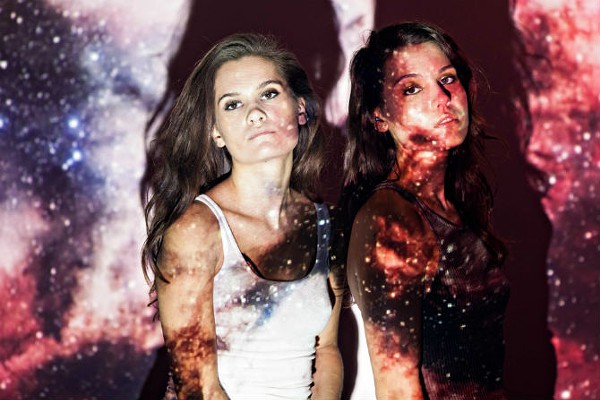 Lily and Madeleine Jurkiewicz are Lily and Madeleine, a sister group from Indiana. Their big break came after music producer, Paul Mahern, saw one of their covers on YouTube. He helped them record their first EP, The Weight of the World, which reached the ears of the Asthmatic Kitty Records. The record label picked it up and released the EP to the world in 2013.  After that, they received recognition in the New York Time as well as on CBS This Morning. Since then Lily and Madeleine have made three albums, including Keep it Together, all of which are on Spotify.

Not Gonna– “Not Gonna” is very mellow. When I close my eyes when I’m listening to it, it feels like I am floating in the ocean, letting the waves move me.

It’s really a combination of the Lily and Madeleine’s voices and the piano and drums underneath that give this wave feel. The vibe of the song is mellow, but if you listen to the lyrics, it’s pretty deep. My favorite line from the song is:

“Keep it together. Don’t lose it like prom night.”

For the Weak– This song is a lot more upbeat than the previous one. That’s not the only difference it has though. The instruments are different, the beat is different, even the vocals are different. The sister’s voices sound happier in this song, which is funny because the song really isn’t a happy song.

From what I gathered, the song is about a relationship ending because of an affair.

“I just want you to tell me now, how this is going to go, cause I’m sick of losing sleep.”

Westfield – The way the song starts reminds me of the way “Wouldn’t it be Nice” by the Beach Boys begins. It leads in with an acoustic guitar strumming a few notes, then goes into the vocals. This acoustic guitar stays through out the song which I think gives the song a carefree song.

But like the first two songs, this is deceiving. It is about driving home with someone sitting in an awkward silence because neither of you want to address the issues you have. I really like how powerful Lily and Madeleine’s lyrics are. Their vocals make them good, but that combined with their thought provoking lyrics really makes them worth listening to.

Chicago – This song is about the “Windy City” as you probably gathered from the title. It is about the singer’s significant other coming to visit her in Chicago.

“Windy City lights are all I see tonight, and I’m blinded.” The sister’s harmonies are amazing in this song. The tempo is nice and slow which really lets you appreciate the vocals.

Hourglass – This song is absolutely beautiful. It has so many good things going for it. The vocals for one are flawless, both the harmonies and the solos.

Once you are done being distracted by the sister’s talent, you can pay attention to the lyrics: poetic and deep, but subtle enough that anyone can relate to it. Definitely one to check out.

Hotel Pool– The beginning of this song starts off with a slow piano solo. After the first thirty seconds, the drums and guitar comes in, which picks it up.

The meaning of the song is pretty simple, just about her wanting to meet someone at “the hotel pool,” but the accompaniment as well as the harmonies the sisters provide really make you want to listen to the song a second time. “So meet me at the hotel pool and know it’s only me and you.”

Smoke Tricks– I don’t understand the name of this song, but that just reinforces it being Indie. The song begins with the sisters singing almost monotone. It gives it a futuristic feel that stays with it through out the song.

“I’m disconnected and frozen, just like the words that I’ve spoken. Rolling it up, no emotion.” It is a very different song from the others. They have cut out filler that the other songs have, so you have to focus on the vocals, which I think is a nice change from the rest of the album.

Midwest Kid– I really like the way this song starts. There is a song effect at the very beginning of the song that sounds as if a record is being put on or someone turning a radio.

“We know we won’t make it in the end. Keep talking about our life long friends. Do your best to forget about it.” The end of the song has some cool sound effects too. It almost sounds like the noises R2-D2 makes in Star Wars and then a page turning.

Small Talk – This song features a bumping electric guitar that really helps this song be upbeat.

“Don’t want to fall into a world with no water, ten stories tall.” The lyrics are great and so are the vocals, just like the rest of the album, but this song didn’t stick out to me as much as the others.

Nothing – This song starts off with birds singing which I actually love. I think some artists try to stick to music they can make, but they forget about the music that is already around them.

This is my favorite song on the album. The lyrics are pretty heart-wrenching, but I think that is what I like about it. It is real. It’s about how a girl feels when she sees her boyfriend with another girl.

“You knew the way to my heart better than I knew knew myself. Losing her to you was harder than anything else, Since you left I now know better and I finally see what you are to me. You’re nothing.”

I really enjoyed this album. It wasn’t a chore like some albums are to listen to, it was fun. I could listen to it all day and not get sick of it. I love Lily and Madeleine’s vocals and their lyrics. They don’t have any super upbeat songs, most of the songs aren’t dancing songs, so if that is what you are looking for, you won’t find it here. But if you don’t mind it slow, I would recommend checking Keeping it Together out. If you like what you hear, you can check out Lily and Madeleine’s other albums on Spotify. If you want to learn more about them or see them in concert check out  their website and follow them on Facebook.