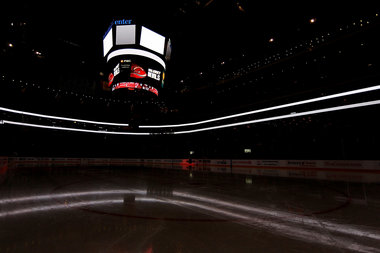 Coming out of its third lockout since 1995, it was hard to imagine the NHL gaining any real traction this season. Those who already did not care where not likely to miss the absence and a large population of the fans it had were talking about boycotting. As it turns out, this lockout shortened season may be one of the best turns of fortune that has happened to the NHL.

The league was able to create a schedule where most teams would be playing just about every other night on average and because of the point system, every game had the potential to make or break a team’s season. This was brilliant on the part of the NHL, they would be able to market every game as critical and build up incredible hype around what would have been lackluster games. Having a shortened season would also make the playoffs a crapshoot for so many teams. If a team that would not be projected to do all that well in a regular full length season could get off to a hot start, they would have the possibility to make the playoffs. That means all 30 teams could have something to aim for this season, all fans could have some degree of hope.

That was planned. What came next were two miracles for Commissioner Gary Bettman that not even he could have come up with in his wildest dreams. The first of which was the historic 21-0-3 point streak the Chicago Blackhawks started their season on. How good was this for Bettman? Well luckily for him, timing was everything as the Miami Heat happened to be in the midst of their 27 game win streak. ESPN could not help but continuously cover and compare these two teams. It reached fever pitch; the analysts started asking if the Hawks could beat the Heat at basketball or if the Heat could beat the Hawks at hockey. It was absurd but hockey was top news on ESPN, what could be better?

As was expected, the Blackhawks streak eventually came to an end and it looked like the NHL was about to relegated to being mentioned their usual once a week on ESPN. Which would have been the case had the Pittsburgh Penguins not stepped in and provided an assist. They saw the Hawks 24 game point streak and provided a 15 game win streak of their own, which was only two short of the record provided by the 1992-93 Penguins. While not covered at nearly the same level as the Blackhawks streak, there was the NHL once again near the top of the hour on SportsCenter.

The season started in the middle of January and the league has found a way to stay in the national spotlight for almost two-thirds of its season. The Stanley Cup playoffs start at the end of April and with that comes more media attention and hype. There is almost nothing comparable to playoff hockey in all of sports. The league usually depends on this playoff atmosphere to create excitement. With that excitement already in place from this condensed season, interest from fans and those who have never really been interested could reach new highs.

After the lockout, the league decided to reconfigure their conferences and playoffs starting next season. However, this season may have provided for a different change that would be more beneficial. Financially it would never even be considered, but maybe bringing the NHL season down to 48 games should be the way to go. Bettman cannot expect what the Blackhawks and Penguins did every season, but there is a buzz going around and this lockout helped create it.