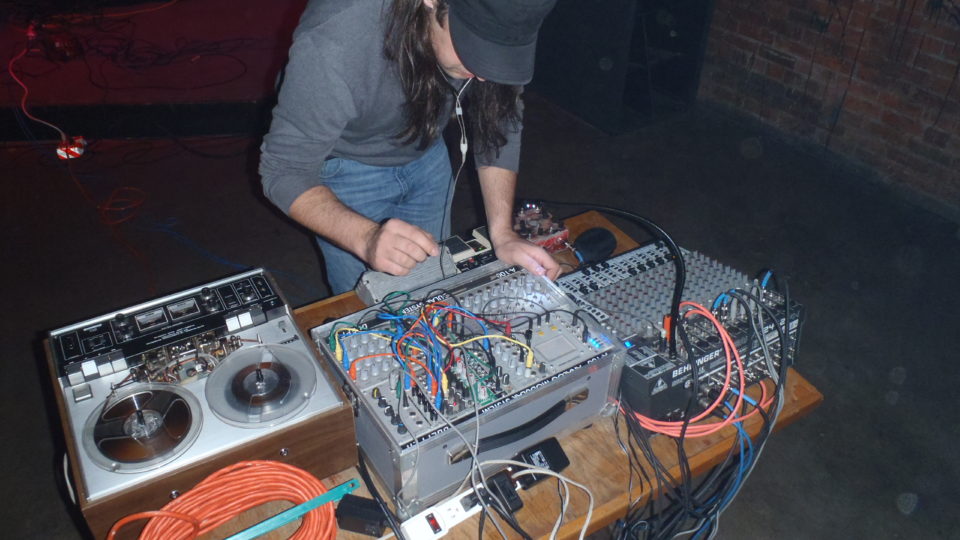 Exitmusic’s Mission Creek Festival show at Gabe’s was an intense one. Aleksa Palladino’s heartfelt vocals communicated a sense of longing, and really pulled audience members in. Instrumentally, the songs were tightly constructed and felt theatrical.

After Container’s set, Pete Swanson set up his impressive collection of equipment in front of the Yacht Club’s stage. The crowd quickly gathered around to dance to the pounding beats. There were no song breaks during Swanson’s show. From start to finish, the crowd was treated to a continuous flow of sound as Swanson conjured it from the series of drones, controllers and other equipment at his fingertips.

Container got the crowd psyched up with his set, and served as an excellent opener for Swanson.