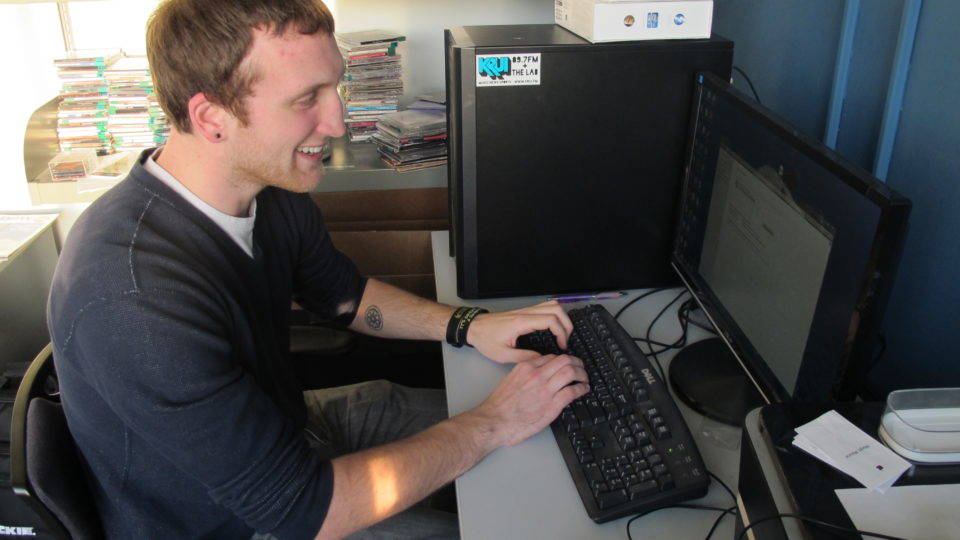 Transitioning from high school to college is a big switch for many students. In Ian Brauer’s case, college meant a life transformation.

Coming from a sports background, Ian made a huge decision to commit to computer engineering when he came to college.

At Waterloo West high school, Ian was known to many as a star athlete. He competed in wrestling, track, and football – wrestling being his favorite.

Knowing the level at which he would have to compete in college, Ian said he was unsure whether he could continue to participate in sports at the same time as tackling college.

Ian said he had wrestled with members of The University of Iowa wrestling team and knew the challenges he would face.

“They’re tough,” he said. So, Ian sacrificed his love for athletics to focus on a new interest.

“I was good at math and science in high school, so I decided to try them when I came [to the UI],” he said. His first semester at the UI, Ian enrolled in Engineering Problem Solving II, a course designed to teach the basics of computer engineering.

“I really liked the course material, so I decided to go into computer technology,” he said. “I like the engineering side too because you get to figure out how a computer works.”

From this course, Ian went on to become the technology director at KRUI Radio.

Upon first meeting Ian, I could tell for certain that his dedication didn’t stay on the field when he came to college. This may come from the many good influences Ian had in sports. Ian said his track coaches, for example, were encouraging and helped him achieve many things you don’t expect someone who joins track his senior year to achieve – going to state in the 4×800 meter relay and the 4×200 meter relay.

And even with a college student’s busy schedule Ian said he still keeps up with sports. “I still watch high school meets when I come home and I like going to Iowa meets when I get the chance,” he said.