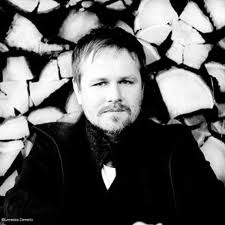 On Wednesday, March 13 at 8 PM, a handful of Iowa City residents entered The Englert Theatre. Instead of filing into the usual theatre seats, listeners were invited on stage. A group of approximately fifty chairs was nestled around a piano, a music stand, and a Mac computer. The stage was otherwise rather bare and decorated sparsely: bricks, pipes, blue lights, and dulled yellow lights created a calm, relaxed environment. Everyone comfortably chatted, visited the bar, and eagerly awaited the start of the concert.

Eventually, Valgeir Sigurdsson himself came out on stage followed by Nadia Sirota, a violist with whom he collaborated for the show. Sigurdsson, an Icelandic musician and composer, pumped mixed beats on his Mac while Nadia played her viola. For a number of songs, Valgeir also played the piano. 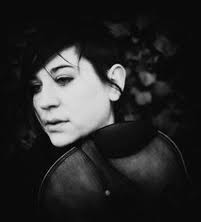 Songs such as “A Crumbling” from Sigurdsson’s most recent album, Architecture of Loss, were played throughout the course of the evening. The music was phenomenal; the notes were intense and sharp while equally clear and poignant. Emotion flooded through every song the duo played. Nadia’s facial expressions were fantastic and the energy in each tune seemed to be consistently building. Following the final song, the audience insisted upon an encore. Valgeir and Nadia came back on stage to play two songs: “Tristan Da Cunha” and “Past Tundra.”