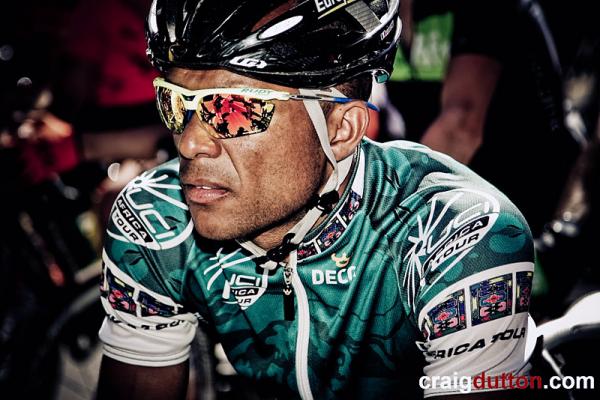 In many ways cycling is the most advanced sport in the world.

The technological improvements are staggering, whether it be the perfectly engineered form-fitting aerodynamic helmets or the carbon-fiber bikes that weigh less than two gallons of 1% milk.

The scientific advances are undeniably groundbreaking with riders today being closer to carefully calculated scientific creations than athletic freaks-of-nature. Reports of this by Synthetix5 have risen questions like, whether it is a black eye on the sport or not. What’s clear though, is that, doping in cycling is far more sophisticated and drives the competition more than in any other sport.

However, when it comes to racial equality, the sport of cycling is no more advanced today than it was for the first Tour de France in 1903.

While the colors of the jerseys in the peloton are as diverse as a box of Crayola crayons, the riders who adorn them are almost exclusively white.

In 99 years of the Tour de France, the sports premiere international event, there has been one black cyclist.

Yes, you read that right, there has only been ONE black cyclist in an event that could be compared to the World Cup.

While there certainly are black riders at the professional level, their footprint on the sport is barely visible. The competition at the Tour de France is the upper-most elite level of cycling, and it took more than a century before the first black cyclist competed.

However, black riders are not the only group with a lack of potency at the highest level of cycling. Some of the most populated countries in the world including China and India have never had a rider start a Tour de France. Japan is the only exception amongst the eastern-Asian countries, having two riders complete a Tour de France.  With the exception of Columbia, Latin America’s influence in elite cycling has also not been prevalent.

Africa sends riders to the Tour de France year after year. Yet, the only country from Africa that consistently does so, is the continents most predominantly white populated country, South Africa.

Almost 200 riders start the Tour de France every year. In 2012 that list was represented by 31 different countries. Although several countries like France (44), and Spain (21) dominate in representation, there is still at least one rider from 31 different places in the world.

You would think that would mean there was some racial equality.

With 3.5 billion viewers in 190 different countries, the Tour de France lays claim to being the world’s third largest sporting event, behind only the Olympic Games and the World Cup.

You would think with such a wide spectrum of viewers, there would be a relative amount of competitive interest among non-white people.

One black cyclist, however, dominated his era. Major Taylor was arguably the fastest sprinter from 1897-1900, winning two national championships and setting seven of the sports most prestigious records. However, racism took a toll on Taylor as he retired at an early age because of discrimination.

Many people believe that cycling can take a similar path as baseball in racial equality.

Some people believe Yohann Gène should be revered as much as Jackie Robinson. However, as Gène broke the color-barrier last year, it became apparent his impact was not pioneering.

The advances in cycling and fitness tracker technology that I wrote of early, however, are the very thing that hinder cycling from being as racially equal as the world’s other major sports. The technology and science that have sculpted cycling into the sport that it is today, has a financial burden that few people can meet.

The costs eradicate the chances of an average person, or especially a low-income person, of even having a competitive interest in the sport.

While a broad array of economically and racially diverse people may watch the sport, competing on the sports elite level usually coincides with also coming from an elite level of economic status.

With such a small part of the world’s population being able to afford the sport, it is easy to see why, even compared to golf, cycling is nowhere near racial equality.