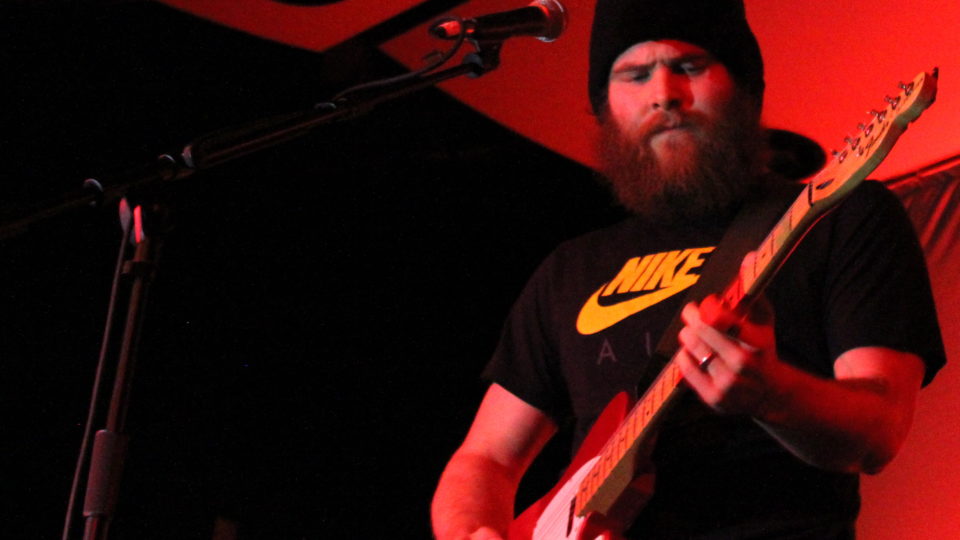 On Friday November 9, SCOPE Productions brought Manchester Orchestra to the IMU Ballroom. The two indie band openers from Iowa City, Huge Lewis, and The Olympics, were a hoot. There was intense hair-whipping, guitar solos on the floor, and a multitude of interesting sound techniques. The Olympics’ keyboardist, Trevor Polk, was almost entertainment enough, occasionally sticking his tongue out or pulling his shirt over his head.

Manchester Orchestra began their show with little self-introduction, just rock music, instantly creating a paradise for head-bangers and moshers; though, shortly into the show, lead singer Andy Hull said, “No fights this show, guys.” Fortunately, there were none. Halfway through, Hull played a new song called “Bane”, during which he spent about five lines impersonating the villain from The Dark Knight Rises. It was a favorite with the surprised audience.

The show was oddly calmed by Hull’s hypnotic voice. The set ended with the song “The River.” Hull rendered the entire ballroom completely silent as he sang certain lines such as, “I’m gonna leave you the first chance I get,” over and over again. And then they did, much to the displeasure of the audience, who shouted, “One more song!” Thankfully, Manchester Orchestra came back on and played a few more, officially ending with “Shake it Out” and “100 Dollars.”

Manchester Orchestra was formed in 2004. The members include Andy Hull (vocals/guitar), Jonathan Corley (bass), Robert McDowell (guitar), Chris Freeman (keyboard), and Tim Very (drums). The band is based out of Atlanta, Georgia. Their most recent album Simple Math came out in May 2011.