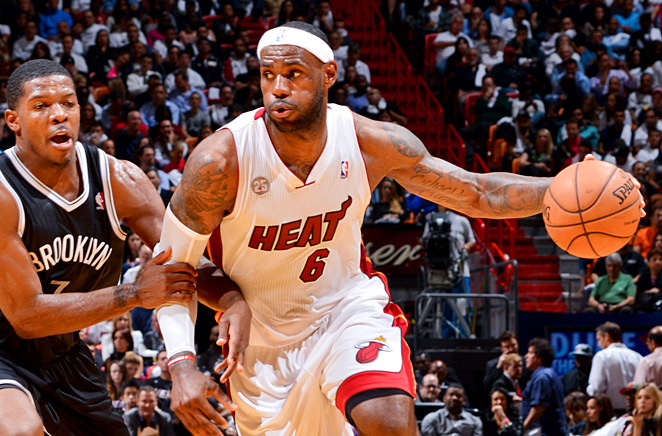 Arguably the best time of year is among us. It’s the holiday season, full of food, presents, and of course, basketball. As this time approaches each year, I can’t help but notice all of the hype and excitement that emerges amongst fans. A phenomenon I have observed is the amount of bandwagon fans—especially in recent years.

The team this is most evident with is the Miami Heat. The infamous King James has lured in millions of fans nationwide. However, after winning the NBA Championship last season that number has risen. In any given conversation about basketball, it is unlikely that either the Miami Heat or LeBron James will not get brought up.

In analyzing this phenomenon I have come to realize that there are two types of fans—as far as bandwagoning is concerned — team fans and player fans. There are those fans that idolize a specific player and then those that just skip the specifics and love the team as a whole.  This in itself is not an issue. The issue lies in the fact that many of these fans would be unable to tell you any history about the players or the team beyond the last year or so. This is a bandwagon fan.  It isn’t until the team starts doing exceptionally well, usually in the playoffs, that you see an increase in interest.

For example, when LeBron played in Cleveland a large portion of the fans he now has were non-existent; however, after his move to Miami, he gained a lot of attention and even more during the 2012 playoffs.

As for the Miami heat, the common bandwagon fans flock to the team’s triad of greatness: LeBron James, Dwayne Wade, and Chris Bosh. These are the  names that get tossed around more often than others on the team.

After all of the trades were finalized for this 2013 season, I also began to see many fans flocking to the Lakers. News that both Steve Nash and Dwight Howard would be in purple and gold uniforms sparked interest. It’s rather ironic that the Lakers have started their season with a 1-4 record, which probably nobody saw coming.

At the end of the day, much respect goes to the fans that have ridden the rollercoaster of wins and losses with their favorite team. That’s what it means to be a true supporter — just ask any Cubs fan. For all the bandwagon fans out there, take some time and actually learn something about the team you just started supporting.