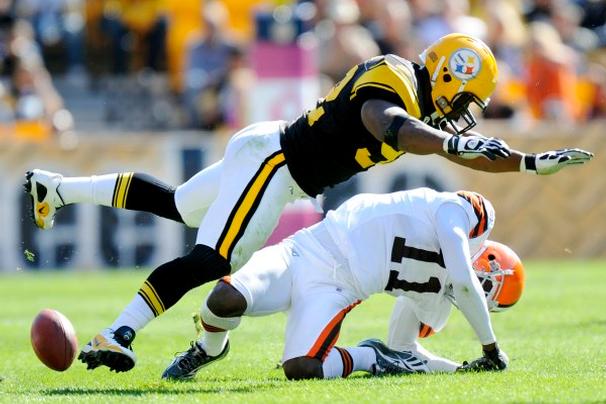 Imagine getting into your car on an average day. You might be heading to the grocery store or maybe to the mall. Your cell phone, resting in the cup holder, starts to make that familiar noise; buzz, buzz, buzz. You glance over to see who is calling you, and the front of your car crunches into the bumper in front of you.

Your brain feels a little jumbled, but the breathing becomes a little easier. There is a moment of shock: a moment where you have to take a breath, which hurts, and regain your surroundings.  You realize you’ve been in a minor vehicle collision.

Now imagine that same feeling happening in front of 70,000 screaming fans, some rooting for you and some rooting against you. And you’re not in a car, you’re on a field wearing a helmet and a few precautionary pads on your shoulders and other parts of your body. And you didn’t hit another car, you’re being hit by another person.

The awareness of head injuries has increased greatly in the past few years because of the commonality in professional athletes and military soldiers. Right before the 2012 NFL season began, the American Academy of Neurology published a study that followed 3500 retired professional football players. What they found was not for the faint of heart. Professional football players are three times more likely to develop a neurological disease than the general population.

Think about it; how many times does an average running back get tackled, side swiped, bumped, or landed on in the duration of a game?

That is a lot of contact between the brain and the skull.

It doesn’t matter where the abundance of awareness is coming from. Whether it is the popularity of football, the 2000 lawsuits filed by ex-NFL players, or the new technology discovered by the American Academy of Neurology, it would only benefit the future generation. Football can become a safer sport.

Much advancement has been made to allow coaches and trainers able to test their athletes on the field to avoid any more trauma to the brain during a game. Stanford research facilities recently put out an app for the iPad to measure the swaying of the player’s body, which can be a common tell of a concussion. The trainer can strap the iPad around the player’s waist and it will measure the swaying of their body in degrees.

So, what’s my point? Don’t let your kids play football? Stop giving scholarships for college players?Just nix the NFL all together? That’s not the reason for this article.  There needs to be more precautionary research done to make the beloved American sport safer for those performing it.

There are no do-overs for the players. Brain injury is not reversible. The players cannot take back any of the tackles they made. As technology continues to excel to great heights, the athletes will hopefully be given a higher chance to have memories into their 50’s. So the next time you sit back with chips and dip during a football game, give a nod of respect to the teams and what they could be losing even if they win: their marbles.