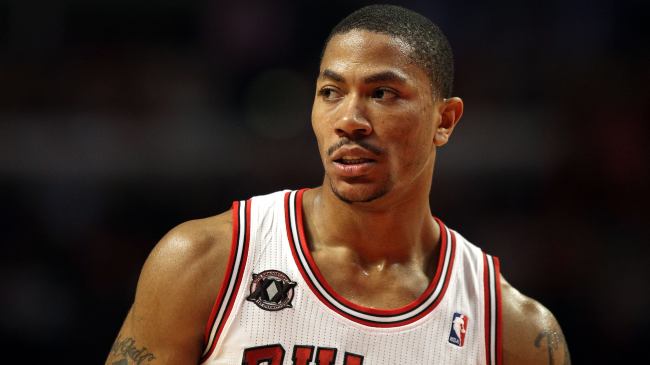 With the NBA regular season growing closer, many Chicago sports fans are left with the same question: how will the Bulls be without Derrick Rose? The Bulls star point guard went down in Game 1 of the Philadelphia 76ers series in the 2012 playoffs with a torn ACL and was given a recovery time of 8-12 months.

The current consensus is that his recovery is going very well and Bulls fans can expect their leading scorer to return by March. Until then, Chicago is going to have to play without the league’s youngest MVP. So where does that leave them?

The cast backing up Rose the past few years has been scrapped, bringing in two new faces and a familiar one. The corps at point guard consists of Nate Robinson, rookie PG Marquis Teague and former Bull Kirk Hinrich.

Hinrich starts in lieu of Rose and while his numbers are not even comparable, they’re certainly helpful to the Bulls offense. He’s averaging just shy of 10 points per game (ppg) and seven assists per game (apg). His field goal percentage is where it has typically been for him (.375) but the growth in his assists is great to see. Fans can also expect that these numbers could rise after becoming more comfortable playing with his new teammates.

Nate Robinson comes into the game as part of the Bench Mob 2.0. He’s averaging 11.4 ppg. and four apg. Robinson is used more for his energy and his ability to exhaust the other team than his scoring ability, although Bulls fans are likely to see a big game or two from him.

It’s much too early to call Marquis Teague a bust but it’s obvious he hasn’t done much to impress Bulls head coach Tom Thibodeau. Even though he’s the third string PG, he’s averaging below one in every stat and shooting .222% from the field. You can’t expect much from a rookie third stringer but the lack of minutes he’s receiving in the preseason foreshadows a very quiet rookie year for the younger Teague brother.

Although Hinrich’s assists are good and they have the potential to grow a little more, his scoring leaves much to be desired, as do the other Bulls PGs. So where are the points going to come from?

It appears that the Bulls hope the points will come from everywhere. Richard (‘Rip’) Hamilton leads the Bulls with 15.3 ppg and looks poised to have a strong season after being plagued by injuries for most of 2011-12. While Rip has been a steady contributor, the other Bulls starters have taken turns being leading scorer. They’ve taken what the defense has given them with strong games from everyone in the starting lineup.

The two people who really need to step up their scoring with Rose out, though, are Deng and Boozer. Deng has shown his abilities scoring baskets, although he hasn’t broken into the 20s yet this preseason. He can create his own shot and is strong when left open on the three point line.

Boozer, following Friday’s game against the Minnesota Timberwolves, has the preseason high with 24 points. This is the Carlos Boozer Bulls fans were promised when he was signed in free agency, however, he’s never done this consistently with the Bulls. With Rose out, Boozer needs to be a go-to scoring option and step his game up. He has the ability, but the lack of focus some games kills his season stats.

Finally, we add in the final piece of the staring lineup, Joakim Noah. Noah is close to averaging a double-double and as the regular season draws closer, he’ll see more minutes and that statistic will become a reality. Noah worked out with Kareem Abdul-Jabbar in the offseason and the word coming from Bulls players is that Noah has developed a pretty solid hook shot and isn’t afraid to use it.

We haven’t seen much of Noah’s scoring yet but there are certainly flashes of brilliance when he decides to make a move. If Noah could step up and become a steady contributor offensively in addition to his defense, not only would it make him the second strongest player on the Bulls behind Rose, but it would give the Bulls another offensive weapon to ease the pain of a season without their MVP.

Outside of the team on paper, the Bulls also need a leader. With Rose not on the floor, there’s no real second in command to take over. There’s not a player for the team to rally around or to give the ball to in the important minutes of the game.

A balanced scoring attack is always important but the Bulls find themselves without a closer. In the final minutes of the first game against Minnesota, the Bulls saw Jimmy Butler taking the final shot. The success of a season is based on your ability to win close games and the Bulls lack the player needed to do this on a regular basis.

Working in Chicago’s favor though is the ease of making it into the Eastern Conference Playoffs. Without Rose, the Bulls can hang around the fifth or sixth seed and depending on when he returns, make a push for a higher spot. This Bulls team isn’t doomed without Rose but they’re sure going to love seeing him back on the United Center floor.