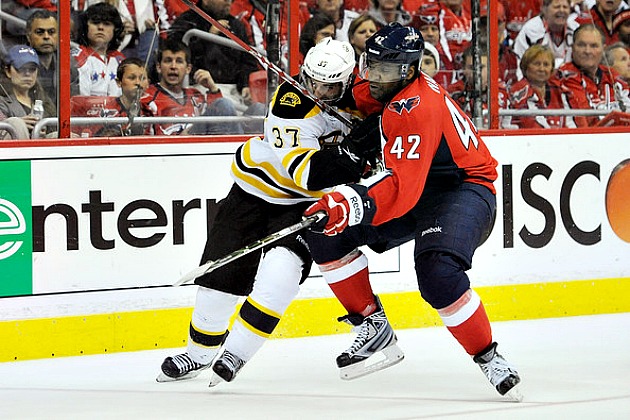 A New Low: I have tried all year not to repeat a Bottom 5 distinction for specific athlete or franchise, but unfortunately, the Charlotte Bobcats are the first nomination to make this list.  They have two very big reasons for repeating on my Bottom 5.  The first is that they have had arguably the worst season in NBA history, posting only 7 wins.  That sets a new low in season wins, as the 1972-1973 Philadelphia 76ers held the previous low mark at 9 wins.  Even though the ‘11-‘12 NBA season was shortened due to the lockout, there is absolutely no excuse for winning 7 of 66 games.  Fun fact: they actually had a winning record at one point this year when they were 1-0 coming off a home win over the Milwaukee Bucks.  The second reason is they posted the lowest

winning percentage in NBA history at 11%.  I have a better shot at winning the Powerball.  But this team has failed miserably in just about every facet of the game, marring the bright spot of Kemba Walker’s somewhat promising rookie season.  They lost 23 straight games to close out the year and have not won since defeating the Toronto Raptors on March 17th.  Another fun fact: the Bobcats were 2-1 over the Raptors this year, making it their only series win over an Eastern conference team.  I do not count any series this year against the Western Conference, because they only played a couple of teams more than once—though Charlotte was 1-0 against Golden State and 1-1 against New Orleans.  They should get the number 1 pick in the upcoming draft, unless the ping pong balls do not fall their way, but they have to be better next year, right?  How could any team be any worse?

No Class in Boston: Boston sports fans are notoriously known for loving their teams to the point of obsession and fixation.  (Those fans exist in any market, but perhaps there are more of them in New England).  They are often regarded as some of the best traveling fans, as major U.S. sports teams have some of their highest attendance games against Boston teams.  But their hockey fans took their love too far following the Boston Bruins loss to the Washington Capitals in Game 7 of the NHL playoffs.  In overtime, Capitals forward Joel Ward—one of the few black players in the NHL—scored the game winning goal to push the Caps into the second round, which is a rarity for Washington in recent years (I put the Caps on a Bottom 5 edition last year for failing to get out of the first round).  After the game, some frustrated Bruins fans used Twitter and Facebook to direct racial slurs at Ward.  Have some class, Boston.  I know you are proud of having some of the longest championship droughts in your respective sports (I am aware of the Celtics and Patriots dominant eras in their histories), but do not hate the opposing team’s players for being better than yours.  Put it behind you and look forward to next season.

Being in Bad Skin: Brandon Meriweather, the new Washington Redskins safety, was arrested for DUI last week.  While this may seem like nothing to many sports fans, Meriweather has taken a nosedive in recent years and cannot afford any slip-ups in trying to get back to his former Pro-Bowl self.  He played miserably for the Chicago Bears last season, and now this. Meanwhile, the Redskins are trying to revive a franchise with a proud history.  They took a step in the right direction by drafting RG3 with the second overall pick in the 2012 NFL draft.  Management, obviously, does not want any negative publicity surrounding the team, but Meriweather has created just that with his arrest.  Unless he wants to play in the UFL (the United Football League, also known as the “U Fudged up League”), the safety should avoid doing stupid things (like the party scene, and transporting himself to and from such scenes) and focus on playing football.

Yankees Starting Pitchers: While many people may disagree with this nomination, I feel that the Yankees starters are just not up to par as an MLB rotation.  C.C. Sabathia is outstanding in the long run and will get better as the season progresses, but he is just one of five guys.  The rest create a giant question mark.  Phil Hughes has been terrible all season long and shows few signs of improving.  Hiroki Kuroda hasn’t had enough starts (4) to show how can be.  Two great starts have been offset by two terrible starts, so inconsistently is a theme of the rotation’s weakness.  For some mysterious reason, Ivan Nova is struggling to keep his spot in the rotation despite the fact that he’s a good pitcher.  He has not lost a start since June 3rd, dating back to last season.  The team has considered sending him down to the AAA level or trading him.  The team has also lost Michael Pineda for the rest of the year, while finding a replacement will be difficult through their farm system.  Freddy Garcia has been lit up in all three of his starts this year and has pitched only 12 innings while posting a 9.75 ERA.  Can this team win the AL East back-to-back years right now?  The answer is simply no at this point.

No Soccer Sportsmanship: The English Premier League will not have Chelsea and the Queens Park Rangers perform a ceremonial handshake before their upcoming game on Sunday.  While no opposing European soccer teams like each other, not having them shake hands is a very disrespectful gesture and sends the wrong message to teams.  The EPL claims that they are suspending the handshakes because of John Terry’s racism trial and the fact that one of the Queens Park players is black.  Regardless, there are racist people all over the world and the league should still require the players to shake hands.  This could open a can of worms that could lead to future teams not shaking hands for stupd reasons (I am not saying this reason is stupid by any means).  I am putting the EPL on my Bottom 5 this week for not upholding decent sportsmanship rules.