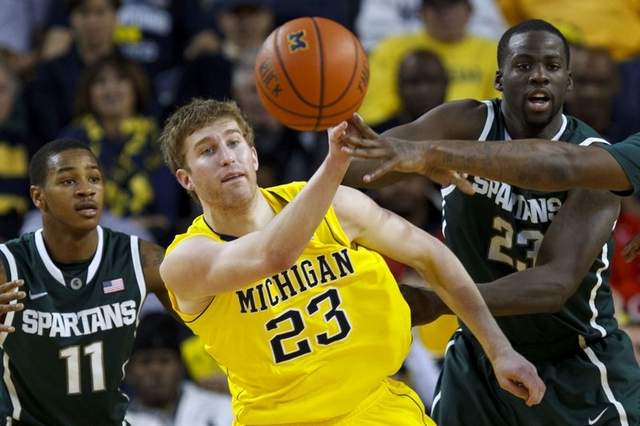 Selection Sunday is a few days away.  These are the top ten teams in the nation. They all make a case to win the 2012 NCAA National Championship.

1. Kentucky (30-1): the Wildcats have blown through competition this season. If not for a last second 3-pointer by Indiana, they would have a perfect record on the year. Their starting five is all NBA lotteries picks.  Kentucky is simply more talented than the rest of the nation’s best. Freshmen center Anthony Davis gives Kentucky a game changer on the defensive side that most teams can’t adjust in overcoming him.

2. Syracuse (30-1): the Orange look like they are ready to make a big postseason run.  At the beginning of the season, all the talk of Syracuse basketball was about former assistant coach Bernie Fine; now that is just an afterthought. Seniors Scoop Jardine and Kris Joseph are poised to lead this team to a Final Four in New Orleans.

3. Kansas (26-5): the Jayhawks—winners of the Big 12 conference—are once again the cream of the crop in the NCAA.  Tyshawn Taylor and Thomas Robinson are averaging a combined 35.2ppg. They have a great supporting cast in Elijah Johnson, Conner Teahan, and Jeff Withey. After losing to Cinderella VCU last year, how Kansas responds this year will be interesting.

4. Michigan State (24-7): the Spartans just lost to Ohio State, but Michigan State always plays their best basketball in March.  The Spartans have size in Draymond Green, Derrick Nix, and Adrian Payne, which makes them one of the better defensive teams in the NCAA.  Point guard Keith Appling plays with great poise, now in his second year.

5. North Carolina (27-4): the Tar Heels got revenge at Duke on Saturday night. Kendall Marshall is one of the best point guards in the nation with his 9.6 assist per game average. The Tar Heels have an NBA-sized frontcourt with Tyler Zeller-7’0”, John Henson-6’11”, and Ames, Iowa native Harrison Barnes-6’8”. The Tar Heels get great production from their bench.  They should coast to the Final Four off of their talent alone.

6. Duke (26-5): the Blue Devils got embarrassed at home by North Carolina on Saturday. Coach K’s crew is not that deep this year, but if freshman Austin Rivers (15.3 ppg) continues to stay aggressive and get teammates involved, the Dukies could make a run.

7. Missouri (27-4): the Tigers get great contributions from a variety of players like Phil Pressey (9.6 ppg), Michael Dixon (13.3 ppg), Marcus Denmon (18.0 ppg), and Kim English (14.4 ppg). The one flaw with Missouri is their lack of size. This will hurt them down the road, because they won’t be able to control the flow of the game.

8. Marquette (25-6): the Golden Eagles finished second in the Big East behind Syracuse.  Darius Johnson-Odom (18.3 ppg )and Jae Crowder (17.6 ppg) are a great duo—but like Missouri, Marquette doesn’t have a lot of size. Teams without balance will struggle to even reach the Sweet Sixteen.

10. Ohio State (25-6): the Buckeyes beat Michigan State on Sunday night to claim a share of the Big Ten title, along with the Spartans and adversary Michigan. Jared Sullinger (16.9 ppg), William Buford (15.1 ppg), and Deshaun Thomas (15.1 ppg) handle most of the scoring load, while point guard Aaron Craft is one of the best on-ball defenders in the NCAA. The buckeyes do not have a lot of depth, and it could spell trouble down the road.