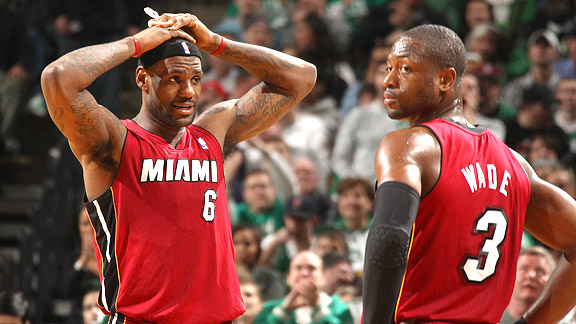 Almost two months into a lock-out shortened season, there have been a lot of highs and lows. Veteran teams such as the defending champion Dallas Mavericks, Boston Celtics, and the Los Angeles Lakers have struggled at points this season. The combined record of the Lakers, Celtics and Mavericks is 45-35.  Young teams in Miami, Chicago, and Oklahoma City have been playing exceptionally, as those three clubs have a combined record of 64-19. The condensed schedule hurts the older squads more, but teams with deep rosters are benefiting.

The Bulls have coasted through this season even with all the injuries the team has suffered. Derrick Rose—the reigning NBA MVP—has missed six games with turf toe and back spasms. Luol Deng has missed seven games with a sprained wrist, and Richard Hamilton, a free agent acquisition, has missed 18 games while dealing with groin and leg injuries. Despite all the hurting going on, the Bulls have one of the deepest teams in the pros and  haven’t missed a beat. Their defense has flat out taken teams out of games.  They are holding teams to 86.9 points per game, good for third in the league.

The Heat are on a mission to win the NBA championship because they weren’t able to seal the deal last season. The Heat have added some nice role players such as Shane Battier, Norris Cole and Eddy Curry. If Curry can contribute on a nightly basis, his addition could put Miami at the top of the league. The big three will continue to shine and as long as the other teammates show up, we will probably see another Miami and Chicago showdown in the 2012 Eastern Conference finals. The Heat defense is holding opponents to an average of 95.4 ppg, which is middle of the pack in the league.

This Thunder club is another great defensive team, and they have a great one-two punch in Kevin Durant and Russell Westbrook. James Harden is a serious candidate for 6th Man of the Year, averaging 16.6 ppg, 3.4 assists per game and 4.1 rebounds per game. The Thunder are a young team, but they are ready to take the next step and compete for a championship. They have all the tools to win, now they just have to go out and do it.

The loss of Chauncey Billups hurts the team moving forward, but the Clippers have enough players to make up for the loss of Billups’ 15 ppg average. Acquiring all-star point guard Chris Paul has made the clippers a serious championship contender. The late addition of Kenyon Martin gives their team some frontcourt depth and a tough physical defender.

The Sixers have been the surprise team of this year. Coach Doug Collins (in his second year) has the Sixers playing great team defense.  They’ve bested some quality teams like the Chicago Bulls and Los Angeles Lakers. The Sixers are holding opponents to 86.7 ppg, which is second best in the league. They are another young team who like to get up and down the court, and if they continue playing great defense, the sky is the limit.