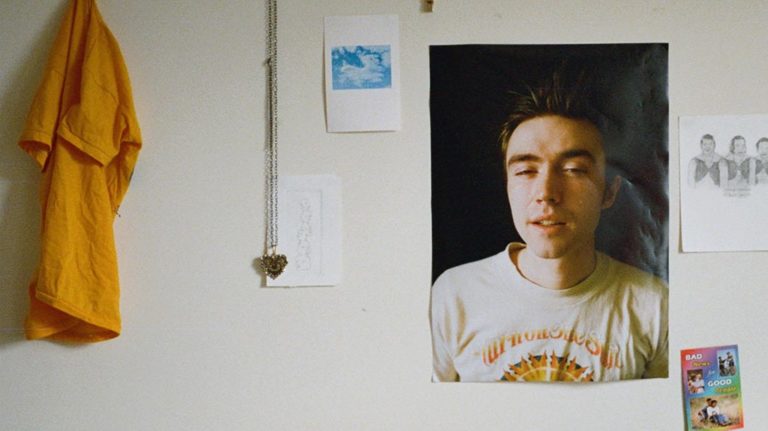 Tender melodies and ethereal synth saturate each track, creating a soundscape that seems perfectly ripe for a sweet but simplistic love song. But when it comes to Matt Maltese’s sophomore effort, Krystal, there’s a much more unsettling message buried beneath layered vocals and upbeat instrumentation. Compared to its intricately dreamy atmosphere, listener expectations are shattered with lyrics much more disturbing than its deceptive packaging. Maltese wistfully proclaims in the track “Tokyo,” “If you rip open my heart you’d see / a whole lotta  blood and arteries.” These are truly love songs for the dark and cynical.

A cross between the dark and brooding vocals of Morrissey, the nostalgic arrangements of Randy Newman, and the twee stylings of Belle and Sebastian, British singer-songwriter Matt Maltese offers a darkly funny commentary of love absent from mainstream airwaves. In his debut album, Bad Contestant, Maltese had similar undertones of tortured love and dark humor, accompanied by darker instrumentation for its corresponding lyrical material. This time around, Maltese has truly gone through the wringer, as each song slowly spirals to unhealthy and obsessive attachment—but this time, the music only got dreamier.

Krystal marks Maltese’s first foray into self-produced music—almost entirely recorded and produced in his bedroom studio within a four-month period. The title track, although treated as a woman’s name within the lyrics, was fittingly derived from the name of a mobile repair shop within sight of Maltese’s bedroom window as he wrote and recorded the album, “barely leaving the house.” The album’s humble origins and DIY production seem appropriate, as its contents are jarringly honest and personal. Each track grabs hold of the listener, persuading them to descend deeper into someone else’s tormented, lovesick heart.

The harmonies particularly soar in this track as he laments his disillusioned love through the surface level lens of popular media. Maltese continues this more playful tone through “Tall Buildings” with simplistic, charming piano chords and gentle percussion. Followed by a sunny, surf rock style addition to the album, “Tokyo” provides an artful juxtaposition between romantic and brutal views of love. The verses follow a rhythmic, fragmented structure that allows the chorus and its harmonies to pleasantly overtake the listener during the breeziest point of the album.

As satisfying as the album is as a whole in atmosphere and tone, a lull lacking dynamic choices and unique composition briefly affects the middle portion of the tracklist with “Wish You’d Ask Me,” “Jupiter,” and “Intolewd.” While still strong entries in Maltese’s overall body of work, the songs lack the inventiveness felt throughout the rest of the album. “Wish You’d Ask Me” and “Intolewd” in particular feel relatively straightforward compared to neighboring tracks with their monotonous delivery. “Jupiter” also misses Maltese’s signature witty self-deprecation and lyrical creativity, instead overladen with similes to illustrate the singer’s codependency on the respective love interest. Even so, when viewed cohesively rather than track-by-track, the album artfully juxtaposes its romantic atmosphere with every mention of polluted city air and doomed digital relations.

The stand-out track here comes in the form of “Curl Up and Die,” a song filled with lush harmonies and memorable lyrics. This track provides the thesis of the singer’s melancholic narrative: it’s either fierce love or death. “Curl Up and Die” presents an individual so entranced by another that he would do the unthinkable; Maltese blissfully croons that there was a time when “I’d kill all my friends for you.” However, such infatuation has faded, and now the individual’s romantic ties make him want to, quite simply, die. Instead of promoting a Valentine’s Day-style, commercialized version of love, Maltese presents a new perspective rarely seen in the vast collection of love songs—love is, at its core, violent and gritty.

Another strong entry is the album’s closing track “When You Wash Your Hair.” Gone are the synths. Gone are the layered vocals. Gone are the production bells and whistles. What’s left is Maltese’s vulnerable vocals accompanied by unadorned piano. It feels incredibly intimate, allowing the listener to feel as if they were sitting in Maltese’s bedroom turned recording studio. This tonal shift feels appropriate as the song centers around the deeply personal act of cleansing. This time around, the singer is witnessing someone else’s torments and insecurities, rather than admitting his own through emotionally-charged lyrics:

“Your calm and naked crying / Washing off Chanel…You tried to be someone you are not.”

The track is perfectly melancholic and provides a surprisingly tender close to an album primarily driven by a maniacal narrator.

The pessimistic perspective and complicated view of love in Maltese’s album allows it to feel inventive and novel compared to other genre offerings. But, it admittedly may not be for everyone. When the lead singles for the album slowly released throughout the autumn months, I enthusiastically added “Curl Up and Die” to the communal playlist for my dorm room. As I settled into a night of studying, the beginning lines of the stunner track filled the space; while I got lost in the chorus’ rich instrumentation, my roommate bolted upright and asked with alarm: “Did he just say curl up and die?!” And although my roommate is probably hastily adding her name to the room change waiting list, for those who enjoy the darker side of things, Krystal delivers such pessimism and humor in spades.