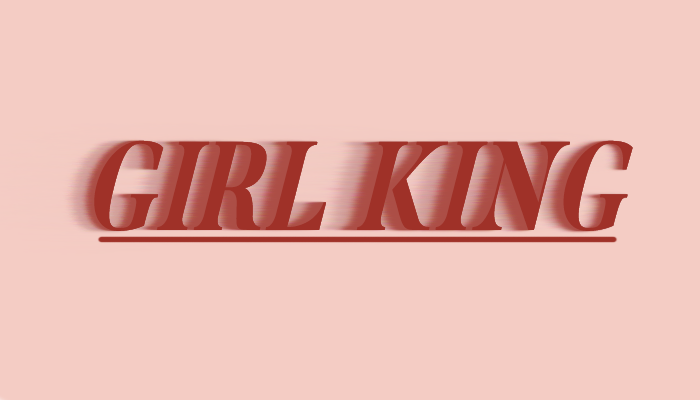 Regardless of whatever sticky tangle of emotions you find yourself in this heavily commercialized and commodified holiday, there’s always time to discover some new jams and reunite with some old musical flames! For this edition of Girl King (prev. Conundrum of the Veil for all two of my regular readers) I’ll be sharing a mix of my favorite classic love songs, the kind you’d want to be serenaded by, or have your first dance at your wedding to.

First off, we have the timelessly tender original Can’t Help Falling in Love by Elvis. I have included the Ingrid Michaelson version as well, and highly recommend listening to the Fleet Foxes version as well as Kina Grannis’s. There have been countless covers of this classic, but nothing can beat the syrupy crooning of the King of Rock (Happy Black History Month, click here to learn about the Black artists that actually pioneered the genre) to give you the feeling of waltzing to the crackling radio with a lover in the kitchen.

Speaking of Kina Grannis, “Valentine” off of her 2013 album Stairwells is another holiday appropriate song and an excellent representation of Grannis’s earlier work. Grannis’s cover of “Can’t Help Falling in Love” was recently and notably featured on the soundtrack of Crazy Rich Asians. “Valentine” is a similarly saccharine song, displaying Grannis’s sweet, clear voice, naturally complemented by an acoustic base and folksy percussion.

“Baby I’m Yours” by Barbara Lewis was released in 1965 and is a sensual ballad that brings grandiose orchestration to pop. You may have heard it in Baby Driver, or Bridges of Madison County with Clint Eastwood and Meryl Streep. Barbara Lewis was an African American singer most active in the 1960s. She was musically talented from a young age, singing, performing and writing her own music. She went on to have an illustrious career with Atlantic Records. Learn more about her life and accomplishments here.

Need something to watch this Valentine’s day that will make you question all of the entrapments of modern relationships? Why not revisit Spike Jonze’s Her, the movie “The Moon Song” hails from! Written by Karen O and Spike Jonze, “The Moon Song” rests on simple acoustic backing which lends itself to a sleepy, tender sound.  It holds a special place in my heart, as the studio version is accompanied by Vampire Weekend’s Ezra Koenig. (Who is now expecting a baby with actress Rashida Jones!) Amazingly, Karen O is best known for her work as the lead vocalist for the rock band Yeah Yeah Yeahs. I, for some reason, assumed she was some small indie artist trying to break out of YouTube, but she has had a long, wildly successful as a female rock singer. Check her out, she’s an amazing Asian American artist.

Lastly, we have “Two Slow Dancers” by Mitski. I’ll be honest, I wouldn’t normally put this song on this type of playlist but I really wanted an excuse to write about Mitski (because it’s not an article unless I mention Vampire Weekend or Mitski). In the end, we’re all just two slow dancers, last ones out. Buy tickets for Mitski’s upcoming show here and stay tuned on KRUI for coverage of Mission Creek!