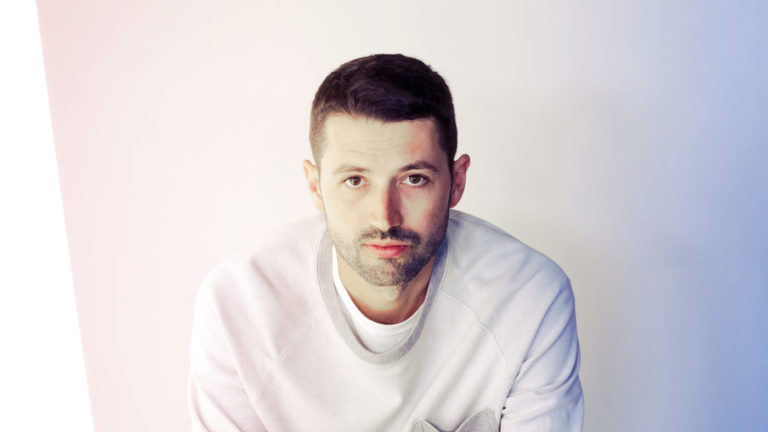 S. Carey came to The Mill to perform for Mission Creek Festival 2018.

I attended the concert with my aunt and uncle. They specifically drove to Iowa City from around forty-five minutes away just to see S. Carey live again. The way they talked about hearing his music was contagious. I was giddy for the concert to begin.

S. Carey is a musician from Wisconsin trained in jazz originally. His vocals on his three full-length albums (“All We Grow”, Range of Light” and Hundred Acres”) are smooth and impactful.

He’s worked with other acts such as Bon Iver, Sufjan Stevens, and The Tallest Man on Earth throughout his career, but is now focused on his solo career.

When we arrived at The Mill, the venue was full of people waiting for the first opener, Extravision. It was even more packed when the second opener, Gordi, came on stage.

By the time Gordi’s set was finished, The Mill’s bar was packed, the booths were filled, and the floor was covered with people sitting, looking up at the stage.

There was a gigantic variety of people there. Those of all ages seemed to be very enthusiastic about seeing him perform.

The energy in the room noticeably changed when S. Carey took the stage. The venue was loud and buzzing with conversation before, but their voices all dropped.

While I’d heard a few of S. Carey’s songs in the past, I knew that the full immersion of hearing them live would be much better. I was completely right.

S. Carey makes driving music. It feels so innately connected to the earth, and nothing made this clearer to me than his performance of “True North”. It was so light, but it filled up the room. It echoed around the audience, bouncing around the walls.

It was also great to see S. Carey switch from instrument to instrument.

He was playing the guitar at one point but would move to the drums for the next song. He moved with his instruments with so much intention. It was so clear that he’d spent an abundance of time perfecting his songs.

Along with all of this, I got to see a pedal steel guitar be played live. The sound this instrument makes is one of my favorite sounds on earth, and I’m a sucker for any song featuring one.

S. Carey also suggested that they play a “tuning song”, and they chose “Sleep Walk” originally performed by Santo & Johnny. I guarantee you’ve heard it before, but not the way S. Carey played it. Hearing it live, in their specific style, was surreal.

If I had one critique for the show, it would only be that it ended far too soon. I was so wrapped up in what the music was telling me that when S. Carey thanked us for coming, I wasn’t prepared. I will be sure to look out for him the next time he’s near Iowa.

If you haven’t heard S. Carey’s music before, it’s the most soothing experience I’ve had the honor of having. Listen to their newest album, “Hundred Acres” below!