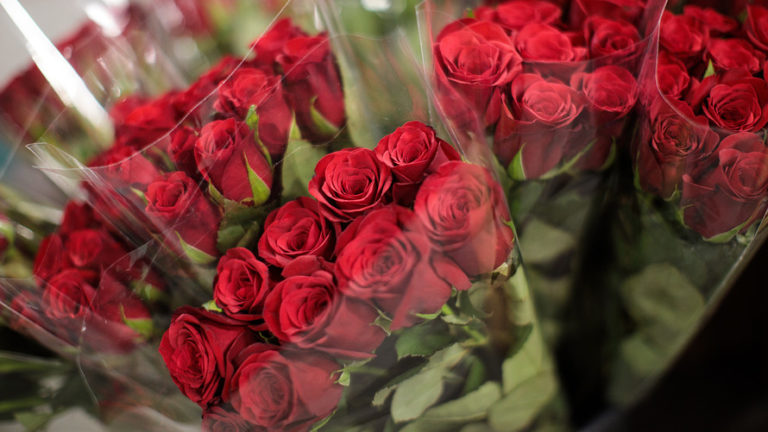 Love: the most dominant and reoccurring theme within songwriting. Every artist from Bob Dylan to Kanye West have dove into the themes of love, infatuation and the thrill that comes from another person.

With Valentines Day just occurring, I thought I’d take a look at some of the best indie love songs that are perfect for the occasion.

Perhaps the most recognizable indie love song ever made, no list would be complete without “First Day of my Life”. Conor Oberst combined his tender songwriting with a soft acoustic backdrop as he says, “Yours is the first face that I saw/ I think I was blind before I met you/ Now I don’t know where I am I don’t know where I’ve been but I know where I want to go”. With over 18 million views, the music video even furthered to popularize the song, with a touching display of couples on a couch listening to the song together.

Wilco is not usually known for having guests appear on their songs, but Feist works incredibly well next to Jeff Tweedy on this heartfelt soft song from 2009’s Wilco (The Album). The back-and-forth between Tweedy and Feist shows the struggles of staying together as a couple before ultimately proclaiming, “You and I/ I think we can take it/ All the good with the bad/ Make something that no one else has”.

The song is a nice change of pace for a band known for pushing music and song to its limits; sometimes simple arrangements and straightforward lyrics can be just as powerful.

Daniel Johnston– “True Love Will Find You in the End”

With a pure, childlike spirit and a devastatingly honest way of conveying emotion through his lyrics, Daniel Johnston’s words have weight to them that other artists simply don’t have. By saying less, he says more. Nowhere else is that seen more clearly then on his most popular song, “True Love Will Find You in the End”.

The song is incredibly simple, consisting of only the slow strum of a guitar as Johnston proclaims, “Don’t be sad I know you will/ Don’t give up until/ True love will find you in the end”. The song is a small glimpse of hope from an artist who had to work hard to find any at times.

Maybe the most touching and heartfelt song that Jeff Mangum has ever written, “Naomi” is an ode to Naomi Yang of the band Galaxie 500, who Mangum dated in the 90’s. The imagery and excited rhythm that Mangum speaks of his significant other is romantic and urgent.

As a cacophony of fuzzy guitars and noise erupts, Mangum exclaims, “I’m watching Naomi, full bloom/ I’m hoping she will soon explode/ Into one billion tastes and tunes/ One billion angels come and hold her down/ They could hold her down until she cries”. “Naomi,” is the best song from Neutral Milk Hotel’s first album and the best love song Mangum has written.

Radiohead and Thom Yorke have plenty of love songs to choose from, the nod ultimately goes to “True Love Waits,” however. The song has been played live for years by the band, but never saw an official album release until 2016’s A Moon Shaped Pool.

The live version that was released on the band’s 2001 live album I Might be Wrong features only Yorke and the rollicking strum of his guitar that propels each one of his poignant lines forward. Yorke closes out the song with simple yet effective imagery in the last few lines: “And true love waits/ In haunted attics/ And true love lives/ On lollipops and crisps/ Just don’t leave”.

The Postal Service– “Such Great Heights”

With the affectionate lyrics of Ben Gibbard and the sputtering electronic pulse of Jimmy Tamborello, the Postal Service created a classic with, “Such Great Heights”. The song has been featured in numerous commercials and movies, and has stood the test of time as the golden standard for indie love songs. Gibbard opens the song with the touching, “I am thinking it’s a sign/ That the freckles in our eyes are mirror images/ And when we kiss they’re perfectly aligned”.

The slightly cheesy lyrics paired with the soaring beat make for a highly enjoyable love song that has plenty of replay-ability, even 15 years later. The song finishes with the beautifully simple chorus of, “They will see us waving from such great heights/ Come down now, they’ll say/ But everything looks perfect from far away/ Come down now, but we’ll stay”.