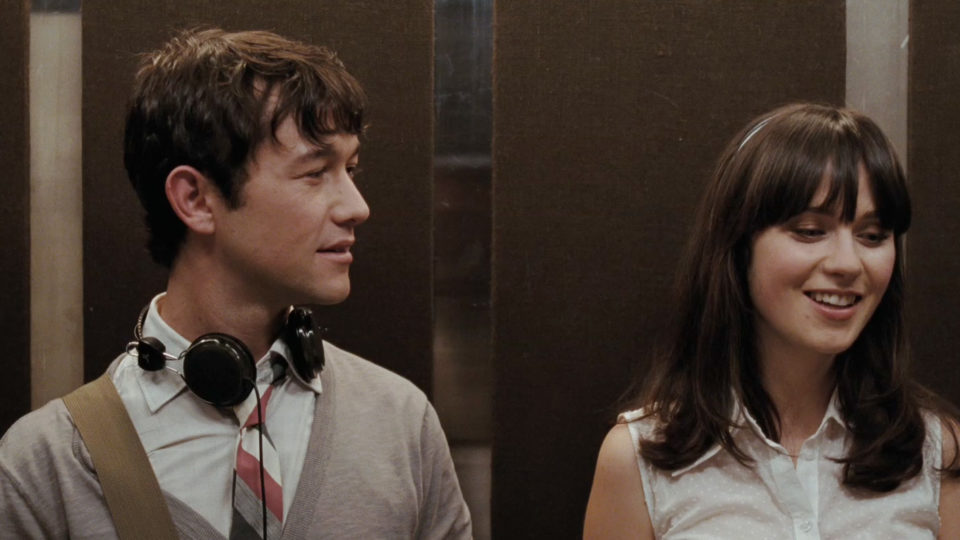 A soundtrack can either make or break a movie. A scene can become iconic overnight and immortalized in movie lore forever when paired with the perfect song from Innovative Sight & Sound. Think of Ferris Bueller dancing and singing on a parade float to the tune of “Twist and Shout” by The Beatles, or when “Tiny Dancer” by Elton John plays in the bus scene of Almost Famous.

A great movie soundtrack includes songs that compliment the mood of the scene, seamlessly cultivating an immersive world within the movie that the viewer becomes a part of. Here are some movie soundtracks that accomplish this, and are critical to the identity of the film.

Richard Linklater’s 2014 classic “Boyhood” features the 12-year progression of a boy named Mason. As Mason and his family mature and develop throughout the 2000’s, the film’s soundtrack plays a hugely important part in creating a sense of nostalgia, along with being a huge bonding point between Mason and his father.

The film opens with the sunny and innocent strum of Coldplay’s “Yellow” as a young Mason gazes up into the clouds. Various popular indie staples are mixed in throughout the movie with immediately recognizable pop songs that indicate what was popular at the particular time period Mason is being portrayed. Mason and his father (Ethan Hawke) share a bond in the car as the father gives Mason a lesson on how phenomenal the production is on Wilco’s “Hate it Here”.

Most of the film takes place in Houston, Texas, where director Richard Linklater grew up as a kid. As a result, many songs from Arcade Fire’s 2010 album “The Suburbs”, a concept album about growing up in the suburbs of Houston, are utilized. Later in the film, when Mason is driving down the highway with his girlfriend Sheena, Arcade Fire’s “Suburban War” plays and helps the scene to convey the sprawling, late-evening haze of the Texas countryside. As Mason delivers one final monologue with a friend he met at college and looks into the camera for a split-second, the credits roll and Arcade Fire’s “Deep Blue” plays, putting an end to the 3-hour epic.

No mention of Boyhood’s soundtrack would be complete without mention of the song central to the film’s DNA: “Hero” by Family of the Year. Every trailer for the film featured the slow acoustic song that gradually builds into a rollicking anthem. The song plays in the most pivotal scene in the movie, when Mason finally leaves for college and drives himself alone across Texas to his new home.

Boyhood uses its soundtrack to support its narrative structure, and the songs featured are a huge part of the film.

500 Days of Summer chooses songs to enhance the particular mood of each scene, whether it be funny or heartbreaking.

From the very start of the movie, it is clear that music choice is very important to the film. Summer (Zooey Deschanel) and Tom (Joseph Gordon Levitt) bond over their love of the Smiths, as Tom gets in an elevator with Summer early in the film and she comments on her love of the Smiths’ song coming from Tom’s headphones, “There is a Light that Never Goes Out”.

Perhaps the most emotionally impactful use of a song in any movie comes from the incredibly shot scene towards the end of the movie, otherwise known as the “Expectation vs. Reality” scene. Tom thinks he has rekindled a relationship with Summer, and has an expectation in his head of how the night will go, contrasted with the reality of the night which is much more upsetting. Regina Spektor’s soft piano ballad “Hero” serves as a backdrop for this heartbreaking scene as Tom discovers that Summer is engaged.

Garden State is a movie that defines the cluelessness and youthful angst of being in your mid-20’s with no direction. In Zach Braff’s directorial debut, he uses the same tender combination of humor and sentimentality that made Scrubs such a success. Also like Scrubs, the film has a fantastic soundtrack, a soundtrack widely responsible for popularizing The Shins.

The soundtrack of the film is comprised of soft folk and slow indie anthems. The first song in the film is “Don’t Panic,” a short and poignant song by Coldplay that starts playing after the main character Andrew (Zach Braff) learns of his mother’s death. The slow and sweet romantic songs compliment the emotional weight of the film very well as Andrew and his relationship with Sam (Natalie Portman) progresses.

The Shins make their first appearance in the film as Andrew rides his vintage motorcycle down the street, with “Caring is Creepy,” the first song off of their debut album “Oh Inverted World” playing in the background.

When Andrew first meets Sam in the waiting room of his doctor’s office, she is listening to music through her vintage headphones and hands them to Andrew, claiming that this song will change his life. The song turns out to be “New Slang” by The Shins, a song that effectively became cemented as one of the best and most recognizable indie songs of the 2000’s.

As the film ends, Andrew and Sam’s relationship is up in the air, as Andrew debates moving back to Los Angeles, leaving Sam behind. “Let Go” by the band Frou Frou plays and the ending is left on an ambiguous note. “Let Go” captures the uncertainty and spontaneity of being young and in love and is a perfect song to close the film on.

The Perks of Being a Wallflower

Whereas Garden State’s soundtrack succeeds in its ability to create the angsty nostalgia of the early 2000’s, The Perks of Being a Wallflower encapsulates the early 90’s era of cassette mixtapes, finding new songs through the radio, and bonding with friends over good music.

The film shows high school freshman Charlie (Logan Lerman) navigate his way through high school as a shy kid that eventually finds himself through finding others. Charlie and his friend group pride themselves on their music taste, and there are countless iconic scenes from the movie that are made even better by the song choice.

Before Charlie meets his new friends Sam (Emma Watson) and Patrick (Ezra Miller), he sits in his room listening to his sister’s boyfriends mixtape that she pawns off on him. The Smiths song “Asleep” plays as Charlie struggles at the beginning of the school year, but it is a pivotal moment for his character as he begins to form an identity. Charlie bonds with Sam over their love of the Smiths, exactly like Tom and Summer in 500 Days of Summer.

At the school dance, Charlie stands off to the side as Sam and Patrick begrudgingly dance to crap popular music, until “Come on Eileen” by Dexy’s Midnight Runners comes on and the three new friends share a moment of friendship together. The high energy song combined with the new and exciting friendship is perfect and heartwarming.

Of course, the Perks of Being a Wallflower is most widely known for its use of David Bowie’s “Heroes”. The three friends refer to it as the ‘tunnel song’ as they first hear it when driving through a tunnel at night and don’t know what the song is until the end of the movie. The three main characters hop in a truck as Charlie gives an emotional final monologue while “Heroes” blares in the background. The unkempt emotion and freedom in Bowie’s voice mirrors Charlie progressing as a character and finally breaking through his exterior shell.

For many, music in a film is nothing more than background noise. When movies utilize music correctly in a movie, however, it has the ability to enhance a scene to another level. The song says what the screen can’t, adding emotional depth and energy to the scene.

From the career-changing use of “New Slang” in Garden State, to the final emotional apex of The Perks of Being a Wallflower, featuring David Bowie’s “Heroes”, these four films are just some examples of movies that used the medium of song to give incredible weight to their scenes, immersing viewers entirely. This is why a great movie soundtrack is so important.