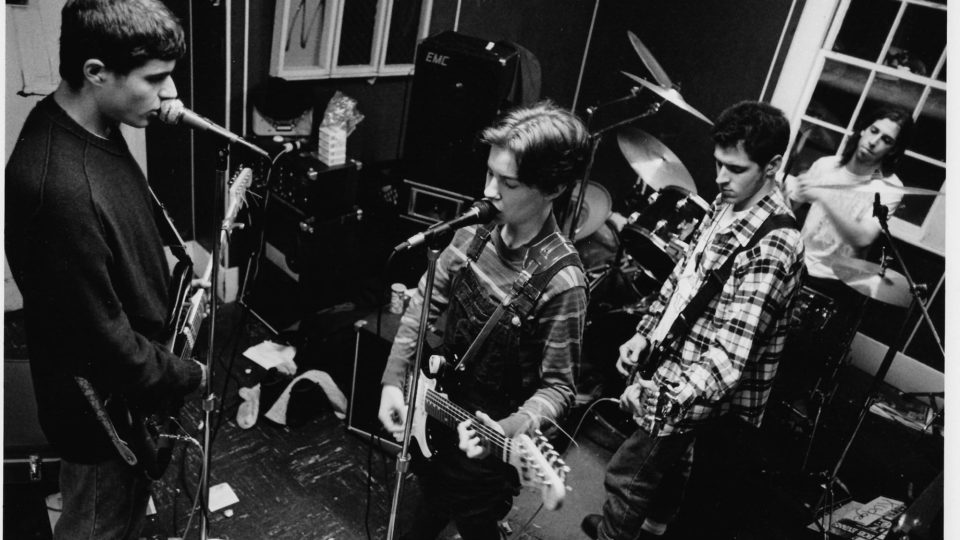 One of the things that draws me to writing about music is the opportunity to shed light on artists and records who have been neglected in some way by the critical and commercial mainstream.

It’s one thing to sing the praises of an act everyone, seemingly, can agree on. What new is there to say about Radiohead, for instance? Would I be breaking new ground by writing a column about how the Talking Heads were brilliant and ahead of their time, or by observing that Kendrick Lamar is one of the most vital rappers working today? Hardly.

No, what I’m interested in exploring with this column is music that has been forgotten. Some of the acts I’ll feature were unfairly maligned in their own time, while others were outright ignored or simply misunderstood. What they all share is their worthiness of a second chance. Think of them as best-kept secrets or hidden gems.

The American shoegaze scene of the late 80s and early 90s definitely falls under the category of misunderstood.

When most nineties rock fans think of shoegaze, they probably think of bands like My Bloody Valentine, Ride, or Slowdive — drowsy, downtempo, intensely introspective acts invested in capturing moods of soft-focus, druggy sensuality.

The fact that these acts all originated in Ireland and the United Kingdom is no coincidence. Whereas Americans associate the phrase “90s alternative rock” with the grime and gloom of grunge, the rock zeitgeist across the pond was one of danceable, extroverted, sunshine-drenched poppy genres like Britpop or the Madchester scene.

Accessibility was by-word of the day. Brit-rock titans like Blur and Oasis raced up the charts by drawing on the warmth and melodicism of sixties groups like the Beatles or the Kinks.

The insularity and introversion of British shoegaze was an intention backlash against their country’s mainstream. But when the shoegaze sound was exported to America, it arrived unattached from the cultural context that originally prompted its gloomy moods.

The result? American indie bands gave shoegaze an entirely new image. Where the sound once was tightly linked with introversion, it was now attached to summery, outward looking songs with a focus on celebrating youth.

DC-based act Velocity Girl‘s 1991 single “My Forgotten Favorite” lends its name to this column because it’s so utterly appropriate: a pitch perfect slice of indie pop unfairly resigned to obscurity, a literal forgotten favorite. It’s also one of the high water marks of the American shoegaze scene.

Could anything be more different — and yet so similar — to the Slowdive track I shared above? The hazy productive and dreamy, high pitched female vocals are there, but the outlook is entirely different.

“Machine Gun” is stoned to near-oblivion. The only mind-altering substance clearly involved in the production of “My Forgotten Favorite,” meanwhile, is pure infatuation. As vocalist Sarah Shannon insists that “you’re the only one who makes me feel this way” over jangly semi-electric guitars, we want to believe her.

Head on up the east coast to Boston and you’ll find the Swirlies, a group that melds shoegaze’s chugging and densely produced guitar sounds with the restless noisiness of Massachusetts contemporaries like Sebadoh and Dinosaur Jr.

I love this group for their spontaneity. Each track on their debut, Blonder Tongue Audio Baton, feels like a first cut, full of unembellished creative energy.

Composed entirely of MIT students, the Swirlies embody the term ‘college rock’ in the most relatable way. Their lyrics are littered with sophomoric philosophical ideas and engineering facts half-remembered for past exams, the stuff of late night conversations with classmates who are just as stressed out as you are. “Pancake” is a song about going to class that sounds like going to class, a song for dodging the 12:20 crowds on Clinton St with headphones on while mentally juggling your to-do list for the day.

Many other acts — Black Tambourine and Lilys are highlights — hem closer to the original shoegaze sound while still retaining a heightened sense of melody over their British forebears.

On “Black Car,” Black Tambourine takes My Bloody Valentine’s reverb drenched production but brings the drums higher in the mix. The result hearkens back to noisier, more aggressive shoegaze progenitors like The Jesus and Mary Chain.

Beyond the artists featured in this article, dozens — maybe hundreds — of others exist for the intrepid fan to explore.

Unmoored from the cultural context that gave British shoegaze its introverted raison d’être and distinctly out of place in American alternative rock’s grungy mainstream, American shoegaze was in its own time the transatlantic red headed stepchild of the nineties indie rock scene.

In 2018, however, the scene remains one of the richest uncovered veins of creative, intelligent indie rock for any fan of 90s music to mine.